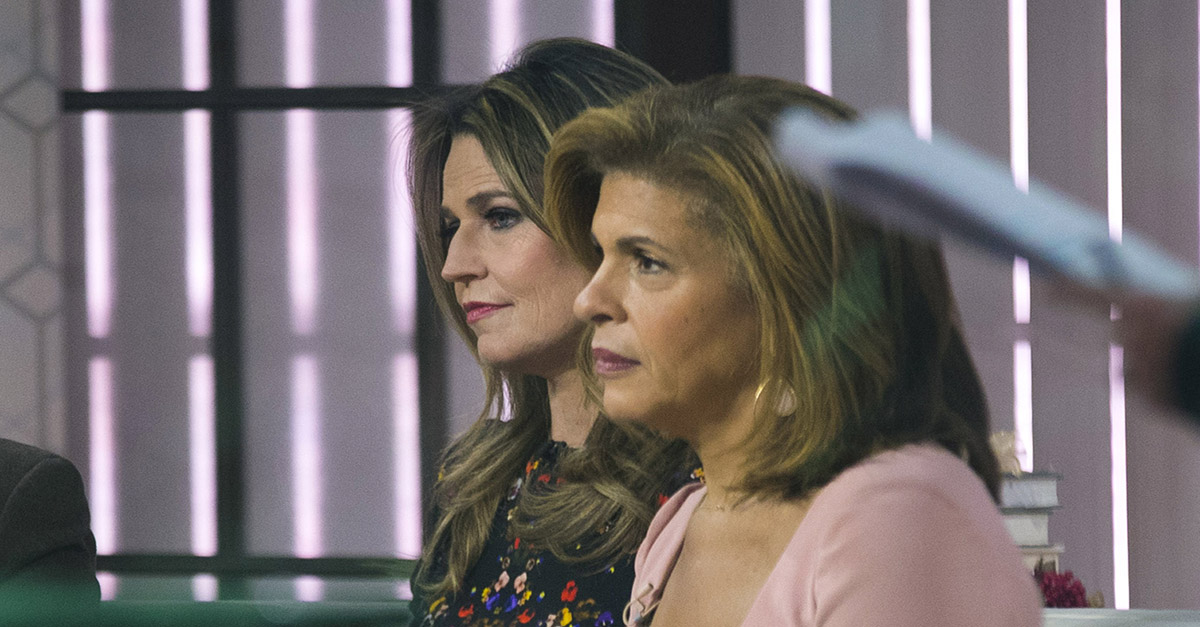 RELATED: Padma Lakshmi opens up about the mood on the set of ?TODAY? after Matt Lauer was fired

It didn’t take long for Matt Lauer to come out from hiding following his firing from NBC amid sexual misconduct allegations, and his former coworkers were less than enthused to report that the number of women lodging complaints against Lauer was now between three and six.

The disgraced journalist was spotted Thursday evening near his East Hampton home where his wife, Annette Roque, and three children resided. The photos showed Lauer stepping out from a Jeep to reportedly meet with friend and lawyer, Edward D. Burke Jr., according to Page Six.

According to Kotb and Guthrie, questions have been raised about whether or not NBC executives were aware of earlier complaints against Lauer before the ones that led to his termination. “TODAY” reported the network stated that, “Unequivocally, no current management knew about any accusations.”

WATCH: First photo of Matt Lauer surfaces after firing as NBC and former executives deny prior knowledge of compaints pic.twitter.com/ymQgFuMzec

This morning’s broadcast continued a somber week for Kotb, Guthrie and the entire “TODAY” team who’ve professionally reported on their disgraced co-work while struggling to coincide the accusations with their personal feelings.

As news broke of Lauer’s firing broke Tuesday, Guthrie told the “TODAY” audience that the team was “heartbroken.”

I?m sure we will be learning more details as the hours and days come. We promise we will share that with you. All we can say is we are heartbroken. We are heartbroken for Matt. He is my dear, dear friend and my partner and he is beloved by many people here. And, I am heartbroken for the brave colleague who came forward with her story and any women who have their own stories to tell.

?It?s hard to reconcile what we are hearing with the man that we know who walks in the building every day,” Kotb continued. “We are still trying to process it.?