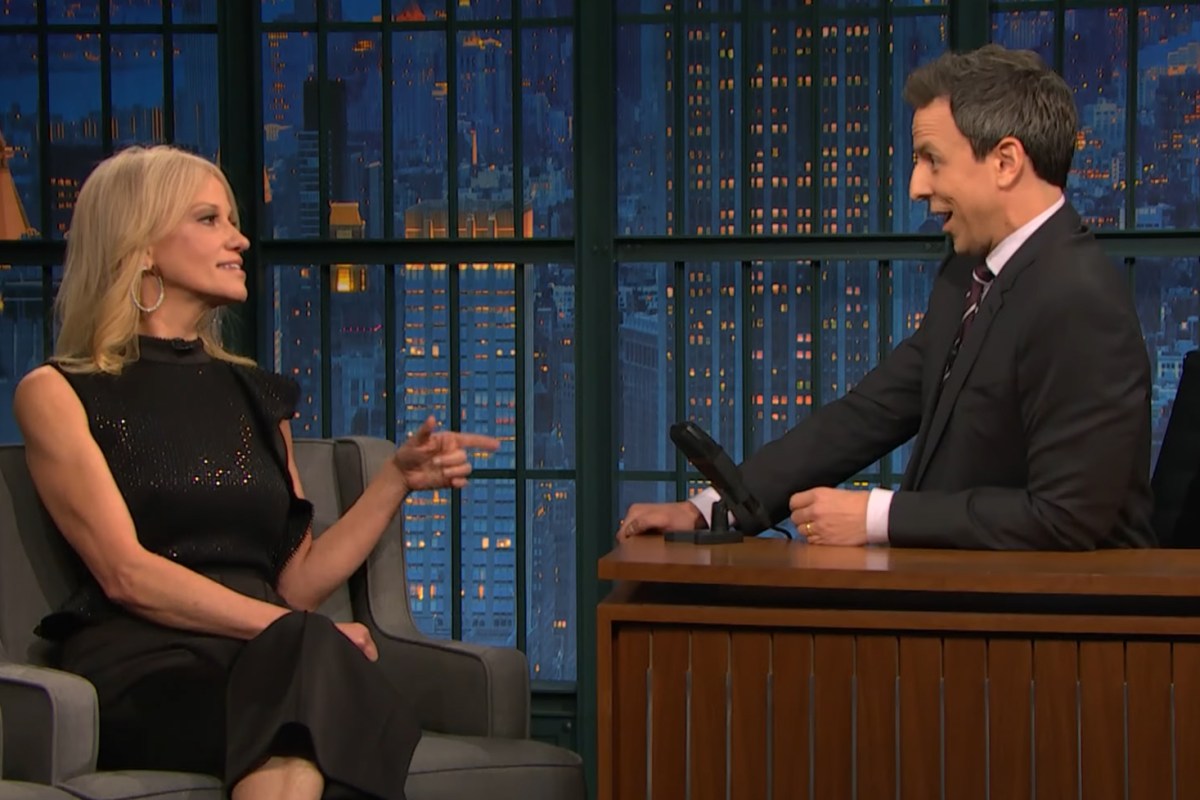 Donald Trump’s special advisor, Kellyanne Conway, was getting ready to make an appearance on “Late Night with Seth Meyers” when a bombshell report of possible Russian blackmail against the president-elect broke.

Meyers brought up the report early in the interview, prefacing his question to Conway by telling her the news had just come down as he was dressing for the show, and he was curious if she was able to comment on it.

Conway contradicted the report, saying that Trump had never been briefed on the information. But the report said both Trump and President Obama were made aware of the potentially damaging information.

Meyers told Conway point-blank that the report said the “intelligence community briefed both the president and president-elect with allegations that the Russian government has compromising information on Trump, both business and personal information.”

RELATED: The Russians were happy Trump won is not proof they hacked the election

Conway started her response by qualifying the report as unverified, saying, “Well, guess what hasn’t happened, Seth, nobody has sourced it, they’re all unnamed, unspoken sources in the story, and it says it was based on a Russian investigator to begin with, so where are we…”

Meyers interrupted her before she could finish: “I think it was based on an MI6 British investigator.”

“Right, well, one of those,” Conway said. “It says it also may have originated with a Russian investigator. It also says that groups that wanted Hillary Clinton to win may have been behind the investigations themselves and most importantly, it says the FBI is trying to confirm it, so nothing has been confirmed.”

“I have to say, as an American citizen, regardless of your party or if you don’t like politics at all, which are many Americans, we should be concerned that intelligence officials leaked to the press and won’t go and tell the president-elect or the President of the United States himself now, Mr. Obama, what the information is,” Conway continued. “They would rather go tell the press…”

Meyers interrupted Conway again, saying, “But the press report was about them going to the President.”

“And it says they never briefed him on it; that they appended two pages to the bottom of his intelligence report,” Conway replied.

“I believe it says they did brief him on it,” Meyers said.

Conway responded with, “Well, he has said he is not aware of that.”

Earlier in the night, Trump reacted to the allegations of Russian blackmail against him.

According to CNN, U.S. officials included a two-page synopsis of “kompromat” – Russian for compromising material – as part of their security briefing of the president-elect on Friday. CNN reported that the material was based on memos allegedly compiled by a British intelligence operative the U.S. intelligence community deemed to be “credible.”

BuzzFeed later published what they claimed was the 35-page memo that intelligence officials are said to have presented to Trump.