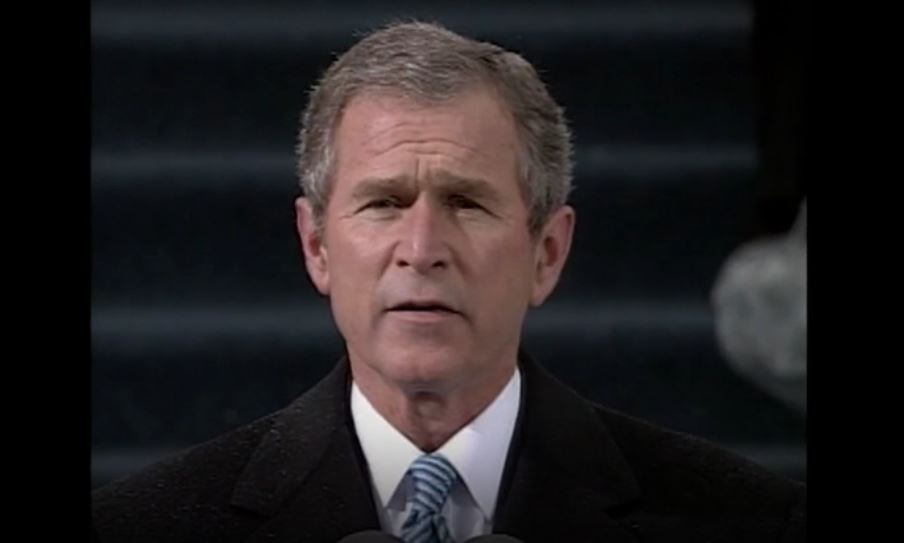 As the United States prepares to inaugurate a new president on Jan. 20, we?re looking back at President George W. Bush?s 2001 inaugural address.

Bush had just won a close and contentious race against Vice President Al Gore, which had an outcome similar to 2016?s election. Gore won the popular vote while Bush won the electoral vote and the presidency.

RELATED: Taxpayers will end up paying over $100 million for the inauguration — but why should we?

“America has never been united by blood or birth or soil. We are bound by ideals that move us beyond our backgrounds, lift us above our interests, and teach us what it means to be citizens. Every child must be taught these principles,” Bush said in his address. “Every citizen must uphold them. And every immigrant, by embracing these ideals, makes our country more, not less, American.”

He continued, ?Today we affirm a new commitment to live our nation?s promise through civility, courage, compassion and character. America at its best matches a commitment to principle with a concern for civility. A civil society demands from each of us good will and respect, fair dealing and forgiveness.?

Bush served as president for two terms from 2001-2009. He will be in attendance at President-elect Donald Trump’s inauguration on Jan. 20, 2017, along with his wife, former first lady Laura Bush.