Michelle Obama is speaking out after the Trump administration rolled back some of the school lunch policies that were put in place, and championed by her, while her husband, Barack Obama, was president.

“It’s not politics, it’s parenting,” Mrs. Obama stated while speaking to the audience at the Partnership for a Healthier America conference, according to NPR.

“Think about why someone is OK with your kids eating crap,” she said.

While she never mentioned President Donald Trump or his administration directly while she spoke, there was no denying who she was going after.

“We gotta make sure we don’t let anybody take us back,” Obama said as the audience cheered. “Every elected official on this planet should understand: Don’t play with our children. Don’t do it.”

Glad to be back at the #PHASummit. No one should play politics with our kids’ health. We owe them. Let’s make our voices heard. pic.twitter.com/g2ZDbwZk5u

“The PHA (Partnership for Healthier America) was probably the smartest thing that we [did] out of the White House — helping to build an outside nonprofit organization that … can work hand-in-hand with the private sector and public sector and build partnerships in a positive way,” Obama, who helped start the nonprofit group during her years at the White House, said.

The new policy delays a mandate for further sodium reduction in school lunches and eases rules on whole grains.

“We all know that kids are pretty outspoken about what they want to eat and what they don’t,” Purdue reportedly said.

He added: “[School] meals can’t be nutritious if they’re … put in the trash. We’ve got to balance the nutritional aspect – the sodium content, the whole grain content – with the palatability.” 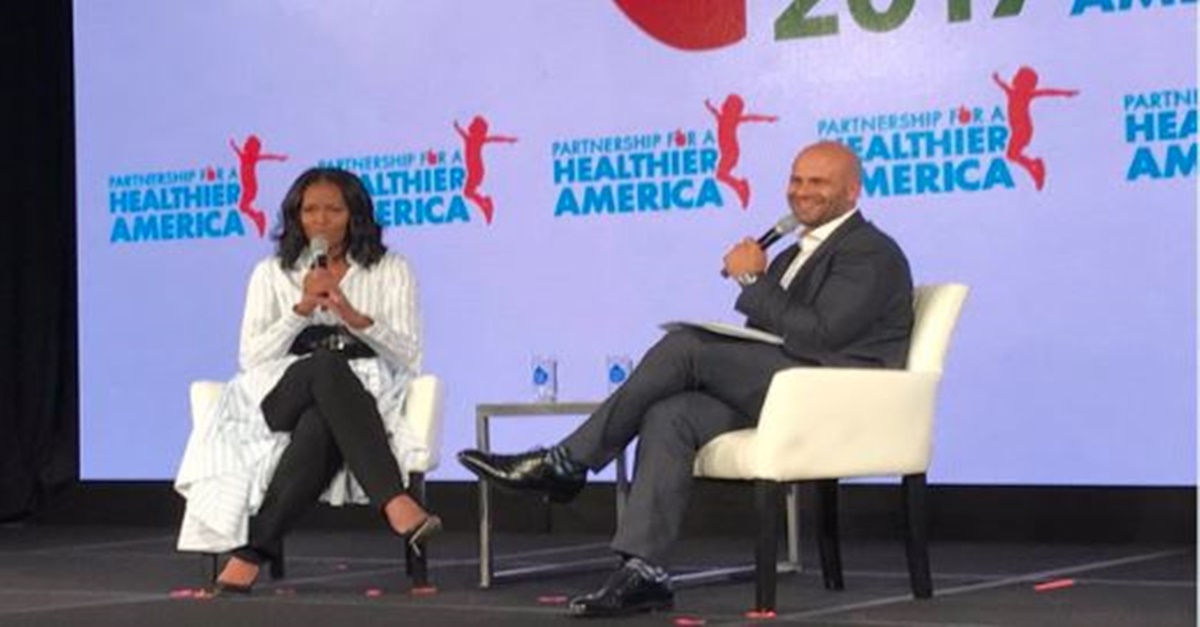