Someone spray-painted graffiti on one of the United States’ most popular, respected and oldest memorials.

National Park Service officials noticed that one of the stone pillars in front the Lincoln Memorial in Washington, D.C., had red spray paint appearing to say “F**k Law,” according to WPLG.

The park service officials said the monument was defaced around 4:30 a.m. Tuesday.

Crews attempted to remove it with a “gel-type architectural paint stripper,” but by the afternoon, some of the red streaks were still visible just feet from where the statue of 16th president sits, according to WPLG.

“It’s frustrating, not only for the Park Service but certainly for the visitors that come here, that anyone would vandalize any of our iconic memorials,” NPS spokesman Mike Litterst told WRC. “Especially the Lincoln Memorial. Especially with everything that’s going on now — the calls for unity and people to come together. To go to the site of the memorial to Abraham Lincoln and do that, that’s disappointing.”

More vandalism, this time with silver paint, was also found nearby on the 1400 block of Constitution Avenue, WRC reported.

Work began on the Lincoln Memorial — a tribute to Abraham Lincoln and the Union — in February 1914 and was completed by January 1920.

Anyone with information on who vandalized the memorial is asked to call U.S. Park Police at 202-610-7515.

Paper covers the spot where someone sprayed red paint on the Lincoln Memorial. The Park Service if trying to clean it pic.twitter.com/FLhHihOU8k 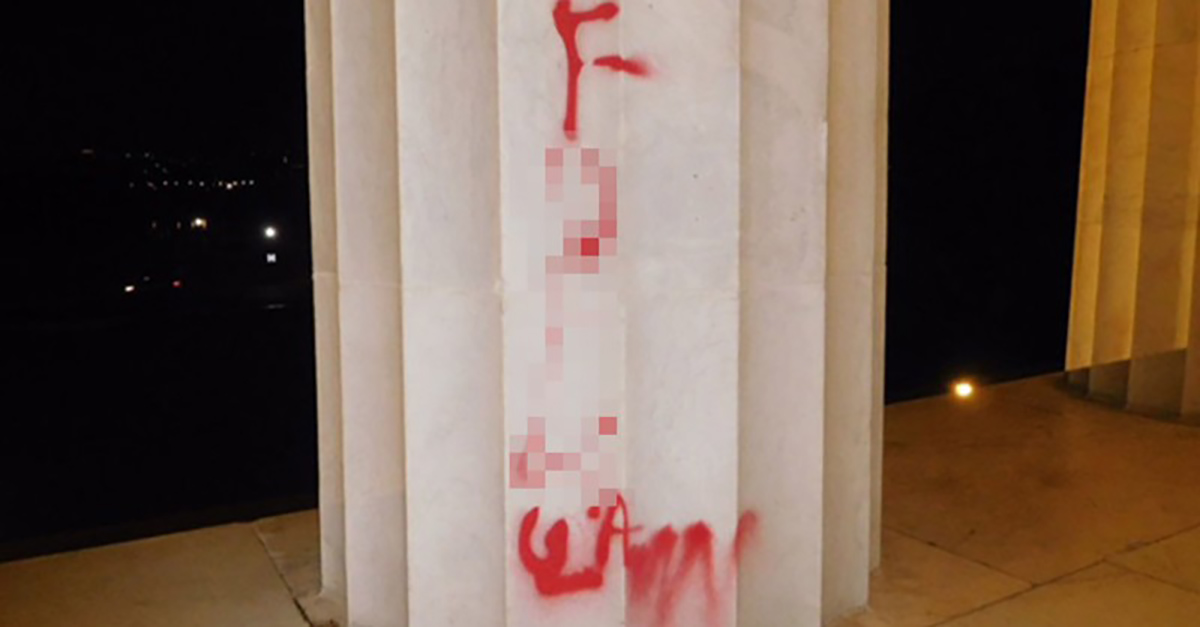