No yolk: an attorney ticked off by legally parked cars grabbed some eggs, ran outside and fired away 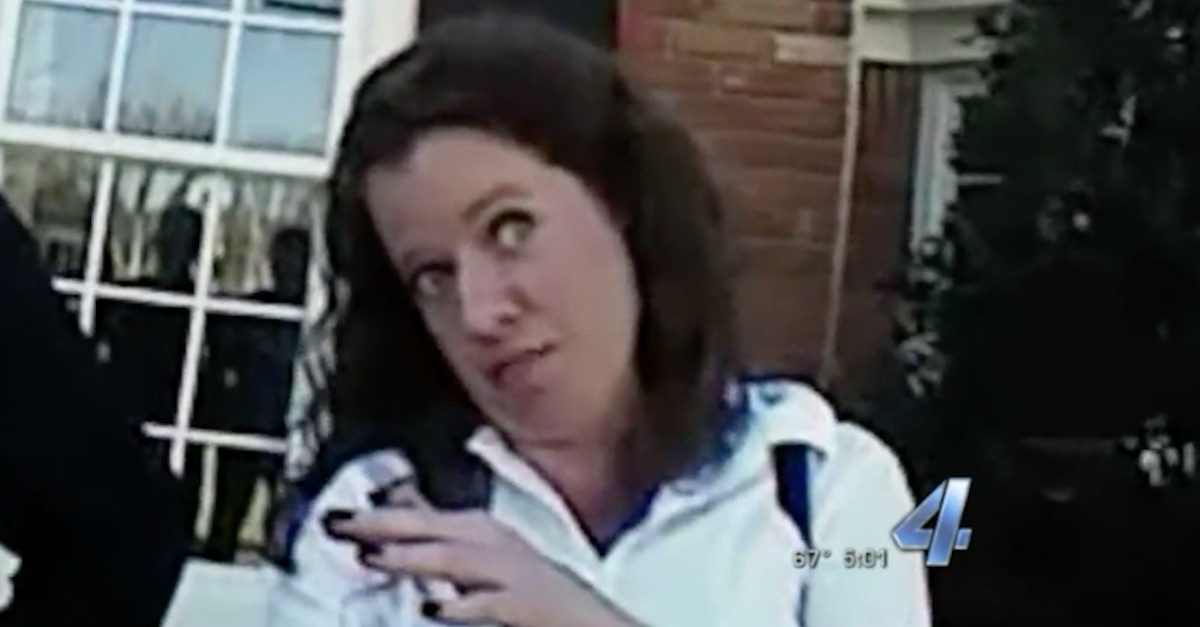 A 37-year-old Oklahoma attorney who lives with her parents took issue with five cars being legally parked in front of their million dollar mansion and was caught on video throwing eggs at them has been charged — no yolk — with “molesting a standing vehicle.”

RELATED: Thought the outfits were bad? An artist crashed the 2017 Met Gala in a box — and he was naked

Kelly Hensley of Nichols Hills faces the misdemeanor charge for hurling eggs at cars she wrongly believed were parked illegally.

The attorney, who can be seen on camera getting chided by responding police for giving them an attitude and for not understanding what trespassing is, was caught on a neighbor’s surveillance camera throwing raw eggs at give cars back in February.

A neighbor was also the first person to alert the police to the egging, saying that there was a “young lady throwing a bunch of eggs at cars that are there for a party or something.”

When police arrived, Hensley was not pleased.

KFOR reported that there has been an ongoing family fight with city hall over parking in front of their house, but they keep getting the same answer: sorry, but it’s legal.

Police reviewed surveillance video recorded by a neighbor that caught Hensley in the act of “molesting a standing vehicle” or, in this case, vehicles.

Her parents were on hand during her argument with the police, but their faces have been blurred.

RELATED: Florida man “annoyed” with his neighbor’s kitty teased and tortured it to death in the cruelest way, police say

You might say, in the end, that she was the one who ended up with egg on her face.