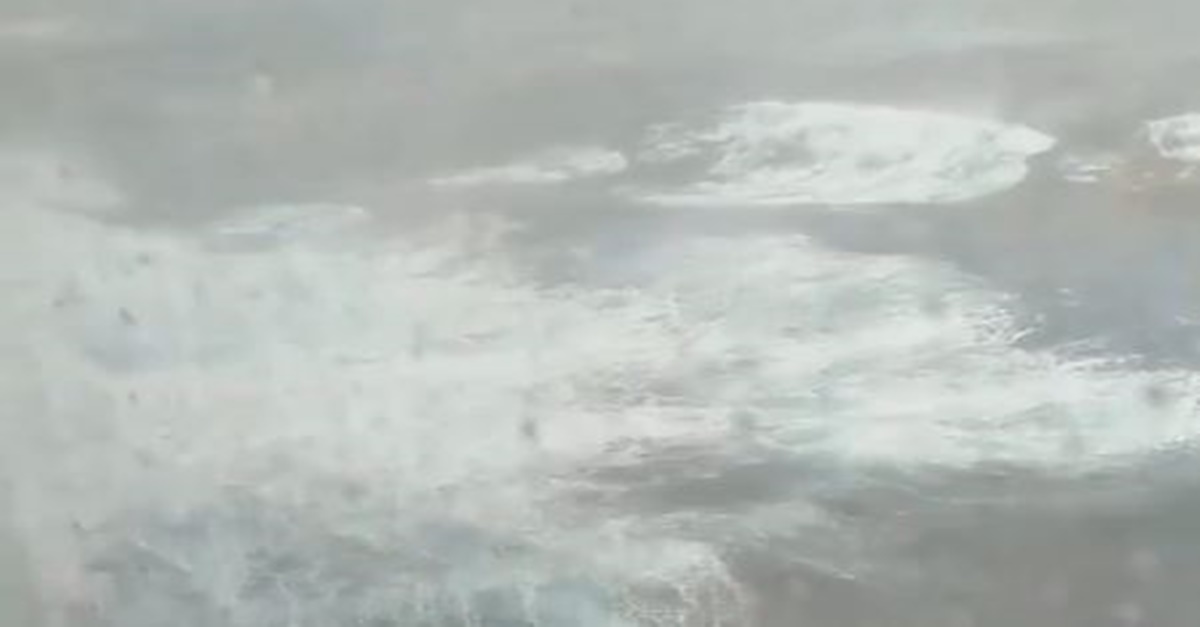 The so-called “bomb cyclone” has covered swaths of the east coast with snow, but the worst of the storm actually stayed out over the ocean. Unfortunately, one cruise ship — the Norwegian Breakaway — was in the storm’s path when the gale force winds blistered across the seas.

RELATED: Snow will never be an obstacle again after you see this guy’s lowrider take on a storm

Passengers aboard the ship caught in the storm recalled moments when it looked like they might not make it to the other side of the storm. Karoline Ross, who was on board, told CBS New York, “I thought I’d never be in a situation where I would say that’s the scariest moment of my life. This was the worst moment of my life.”

Ross recalled a truly terrifying scene on the Norwegian Breakaway, saying, “When you’re on a boat in the middle of the ocean and water is pouring down the stairs, you’re thinking ‘this is not going to end well.'” Her family member, Del Ross, added, “Our room was full on two inches of water. The elevator shafts were dripping water everywhere.”

As the waves hammered the ship, passengers say that people were crying and vomiting. The floors were littered with broken glass as the wind howled across the angry sea.

#NorwegianBreakaway Happy we survived the storm. Questionable decision by Norwegian to risk nearly 5000 lives and sail through this storm. Emotional impacted many passengers. pic.twitter.com/kTwbCMyCmt

For a while thought it might become the Norwegian Break Apart #NorwegianBreakaway pic.twitter.com/3LEQMc9I6p

At the docks, passenger Emma Franzese told CBS New York, “I’m completely traumatized. I’ll never go on any type of boat again in my life after this.” Franzese’s relative recalled, “Everything fell off our shelf, glasses broke in the middle of the night. There was no announcement made.” The cruise line released the following statement:

During the early morning hours of January 4, Norwegian Breakaway encountered stronger than forecasted weather conditions due to winter storm Grayson during the trip’s return to New York from the Bahamas. All guests and crew are safe. We sincerely apologize to our guests for these stronger than expected weather conditions and any resulting discomfort they may have experienced.

The Norwegian Breakaway was on a Bahamas cruise when they ran into the nasty weather. As of Saturday morning, the ship was docked in New York, but according to MarineTraffic.com, it’s scheduled to head to Aruba on Saturday afternoon, arriving on Jan. 10.