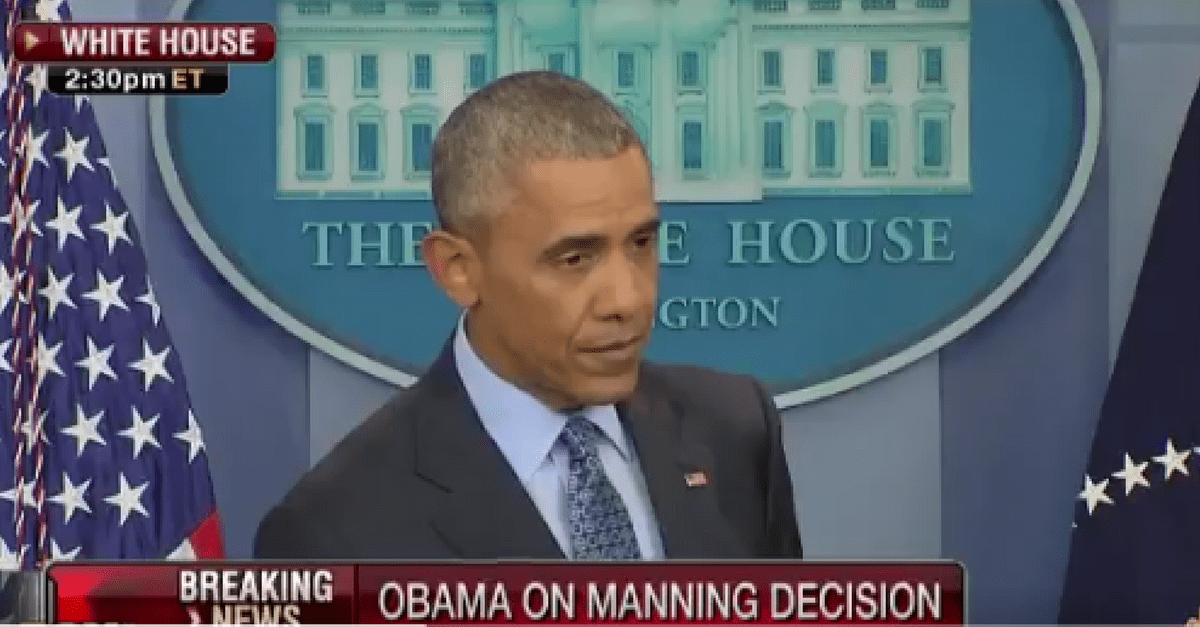 During his last news conference as president, President Obama defended his last-minute decision to commute the sentence of Chelsea Manning, saying, “It has been my view that given that she went to trial, that due process was carried out, that she took responsibility for her crime, that the sentence she received was very disproportionate relative to the sentences that other leakers had received, and that she had served a significant amount of time, that it made it sense to commute ? and not pardon ? her sentence..”

RELATED: Will Julian Assange fulfill his promise to turn himself in now that Chelsea Manning?s sentence has been commuted?

The former U.S. Army intelligence analyst, who identified as Bradley Manning at the time, was imprisoned in 2010 and was sentenced in 2013 to 35 years in prison after leaking 700,000 documents containing classified information to Wikileaks. Her lawyers argued throughout her trial that she was a whistleblower, but prosecutors were quick to brand her as a traitor. Although Manning has identified as a woman since the day after her hearing, she has been incarcerated in a men?s prison, attempting to commit suicide more than once and going on a hunger strike while seeking gender reassignment surgery.

President Obama said, “I feel very comfortable that justice was served,” reiterating that Manning has already served a “tough” sentence before saying, “I felt that in light of all the circumstances that commuting her sentence was entirely appropriate.”

Many human rights and LGBTQ+ groups found Manning’s sentence to be excessive and her treatment while in prison inhumane, and several petitioned for her commutation were circulated. Such groups celebrated the announcement of Manning’s new release date in May 2017, but some concerned for national security were none too pleased, with House Speaker Paul Ryan calling the action “outrageous.”

Chelsea Manning's treachery put American lives at risk and exposed some of our nation's most sensitive secrets.

RELATED: No, President Obama didn?t pardon Chelsea Manning ? here?s what he did instead