A pro-Trump rally in Washington, D.C., named the “Mother of all Rallies” was overshadowed by a rally held at the same time by Insane Clown Posse fans, otherwise known as Juggalos.

On Saturday, Sept. 16, two dueling rallies showed up on the National Mall: one showing support for President Donald Trump and one protesting the FBI’s classification of Juggalos as a “loosely organized hybrid gang.”

According to their website, the “Mother of All Rallies,” which was organized to “send a message to Congress, the media, and the world we stand united to defend American culture and values” was projected to have a “historic turnout.” However, on Saturday, there were just a few hundred people in their designated area of the mall.

RELATED: One man’s extreme shirt at a Donald Trump rally is turning heads for all the wrong reasons

The Juggalo march produced a larger turnout than the pro-Trump rally as they descended on Washington, D.C., to protest the group’s classification as a gang. According to fans of the Detroit-based group, they have been unfairly targeted because of the classification. Individuals at the protest said that they’ve lost jobs, custody of children and been placed on a gang registry because they identify as Juggalos, according to The Huffington Post.

The pro-Trump rally’s small crowd drew mockery on the internet where people couldn’t help but compare the “Woodstock of American Rallies” to other rallies that have taken place in Washington, D.C. this year, such as the Women’s March and the People’s Climate March.

Here's a look at how pitifully tiny the pro-Trump "MOTHER OF ALL RALLIES" is today. Way to go, idiots. #MOAR #Resist #JuggaloMarch pic.twitter.com/mVFf7QK6y5

The rallies were, however, able to peacefully assemble for their individual purposes as police reported no violence and no arrests related to the protests. 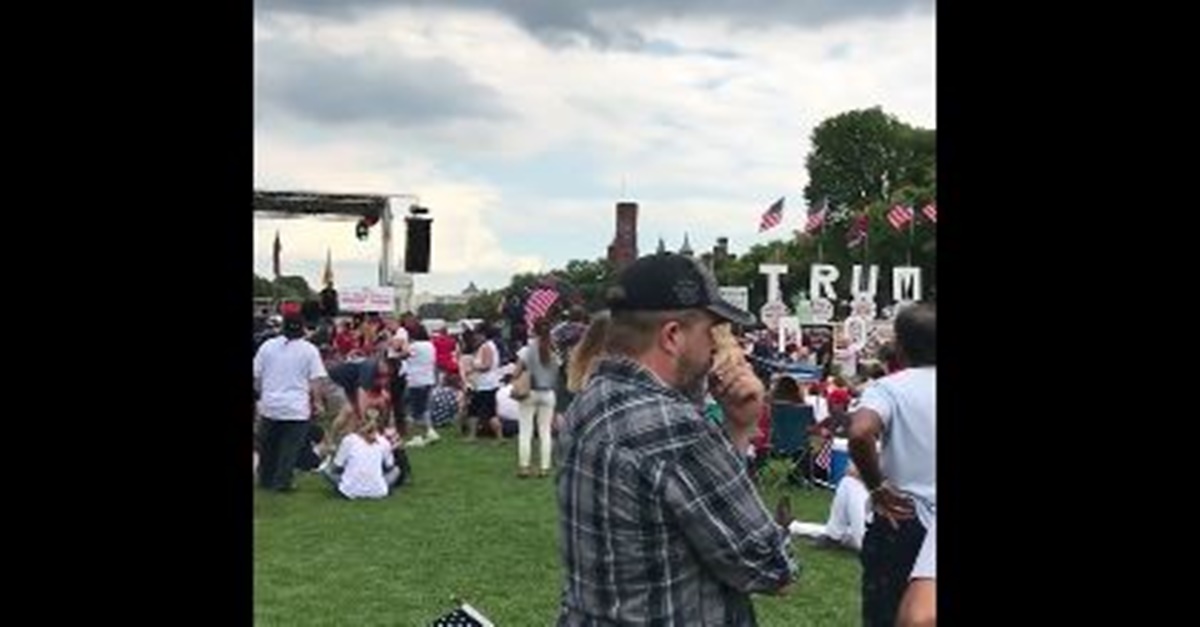