Some lunatic is kidnapping cats and shaving their hair off 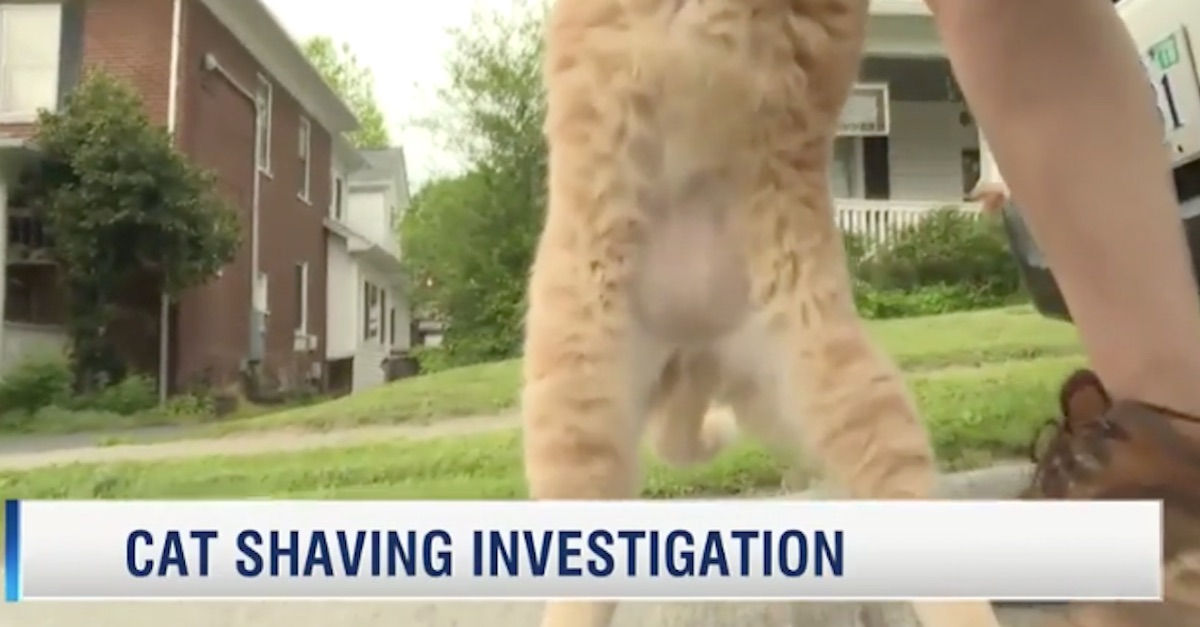 Police in Waynesboro, Virginia, are now searching for an individual who has been kidnapping cats, shaving them and letting them loose.

According to the Roanoke Times, as many as seven cats have undergone the bizarre ordeal.

RELATED: This crazy double-headed caterpillar is not taking a siesta

Police said that the cats “have been shaved in the underbelly, groin and leg areas.” However, they also noted that harm has come to the animals.

Authorities added that the cats involved are clearly domesticated and not feral cats.

RELATED: Woman accused of inviting a man over to rob him at gunpoint had a mugshot we’ll never forget

Unfortunately, police have not yet made any headway into the mysterious deed. In fact, they were only made aware of the phenomenon earlier last week.

Cat mystery in Virginia as cats are being shaved- WTF? https://t.co/WXbyZZ8dHo

Owners have lamented that their pets no longer like to be picked up and have become very skittish. Police believe that the suspect may have been checking to see if the cats were neutered but are also reportedly unaware if a formal crime has been committed.