LaVar Ball went off again: Trump needs to “calm down” 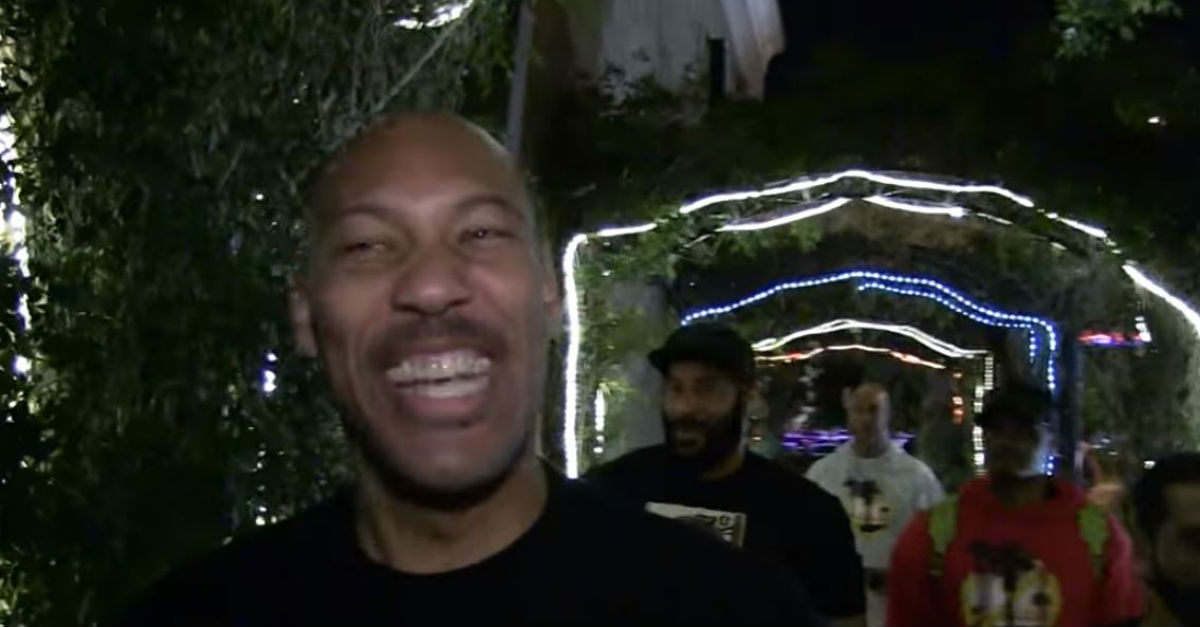 President Trump’s war of words with famed basketball dad LaVar Ball shows no signs of slowing down. On Friday night, a TMZ cameraman caught Ball outside of a restaurant near Los Angeles where he dished on his feud with the president, and of course, managed to plug his fashion line.

Ball joked that he’s sending a pair of “Zo2” shoes to the president, saying, “I gotta ship some to Trump so he can calm down a little bit.” He added, “Those shoes is coming to you, Trump, whenever you put them on, you gonna ease up a little bit.”

When the cameraman mentioned an estimate showing that Ball generated over $13 million in free advertising during his feud with the president, the star father flashed a grin and said, “I must be good.”

RELATED: President Trump makes his fieriest tweet yet in his showdown with LaVar Ball

The Zo2 shoes that LaVar’s company “Big Baller Brand” distributes come with a hefty price tag. The cheaper pairs ring in at $220, while the more expensive shoes cost over $500, as listed on his website.

LaVar and Trump got into a feud when Ball’s middle son, LiAngelo, was arrested in China for shoplifting while on a trip with his UCLA teammates. Trump claims that he spoke to Chinese President Xi Jinping and helped negotiate the players’ release.

Do you think the three UCLA Basketball Players will say thank you President Trump? They were headed for 10 years in jail!

In response to President Trump’s tweets, LaVar claimed that he pulled strings to get his son out of prison. The president blasted off a series of tweets directed at the famous father, and at one point, called him “a poor man’s Don King.”

…LaVar, you could have spent the next 5 to 10 years during Thanksgiving with your son in China, but no NBA contract to support you. But remember LaVar, shoplifting is NOT a little thing. It’s a really big deal, especially in China. Ungrateful fool!

Estimates show that Trump’s tweets at LaVar added up to $13 million in free advertising, the New York Post reports, and Ball is probably a smart enough to keep this money train moving.

While he never found much success in the professional arena himself (LaVar spent time on NFL practice squads), his sons have been hugely successful, and their father has capitalized on that success. On the night of the NBA draft, LaVar brought his sons together for a group photo in which they wore his logo on their ties, and his eldest son sported a Los Angeles Lakers cap. Minutes after the Lakers announced that they were bringing on the oldest Ball, a line of shoes in the team’s purple and yellow were for sale on LaVar’s website.

Then he appeared on CNN with host Chris Cuomo for an absurd interview that quickly went off the rails. But, even then, Ball was still generating free publicity, and he’s probably not opposed to another Trump tweet.