The day we learn of H.W.’s hospitalization, there is bad news about Barbara Bush as well 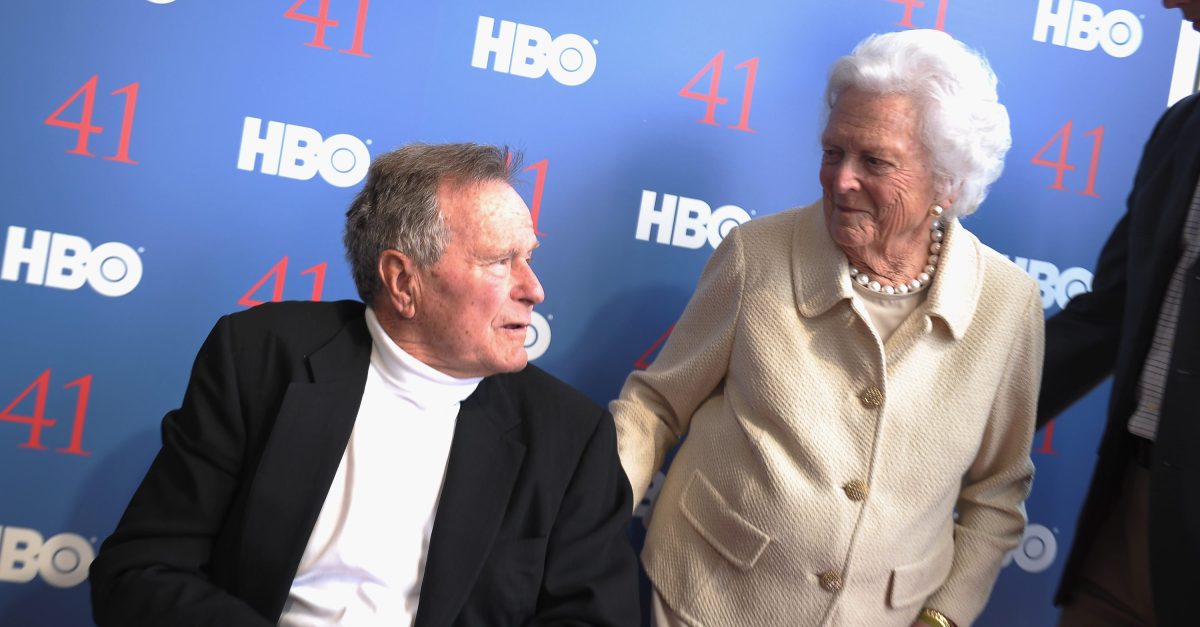 Former President George W. Bush still plans to attend President-elect Donald Trump’s inauguration this week even though his father and mother are hospitalized in Houston.

Freddy Ford is a spokesman for the younger Bush in Dallas. He said Wednesday that the 43rd president expects to be in Washington on Friday and doesn’t plan to travel to Houston.

Bush’s 92-year-old father, former President George H.W. Bush, was hospitalized for respiratory issues over the weekend. Barbara Bush was hospitalized as a precaution Wednesday for fatigue and coughing.

Last week, George H.W. Bush cited health concerns when announcing he couldn’t attend the inauguration. In a letter to Trump, Bush said his doctor told him that if he sat outside in January, “it likely will put me six-feet under. … Same for Barbara. So I guess we’re stuck in Texas.”

But he offered Trump help, if needed, and wished him “the very best as you begin this incredible journey of leading our great country.”

RELATED: Shortly after he was hospitalized, George H.W. Bush’s letter to Donald Trump was made public
___

George H.W. Bush’s spokesman says doctors are happy with how a procedure went to help clear the former president’s airway following his hospitalization for respiratory issues.

Family spokesman Jim McGrath tells The Associated Press that doctors were monitoring the 92-year-old former president on Wednesday to see how his body responds. But he says he doesn’t think “there’s a whole lot of money to be gained betting against George Bush.”

McGrath says former first lady Barbara Bush decided to go to the same Houston hospital Wednesday morning. He says she hadn’t been feeling well for about two weeks and decided to “take it out of committee and have experts check it out.”

McGrath says the move was precautionary and “it’s nothing acute, just a gradual not feeling well.”

A spokesman for former President George H.W. Bush says Bush has been admitted to the intensive care unit at Houston’s Methodist Hospital to address a respiratory problem from pneumonia.

Spokesman Jim McGrath says Bush’s wife, Barbara Bush, also has been hospitalized as a precaution after experiencing fatigue and coughing.

McGrath says the 92-year-old former president was placed under sedation for a procedure to protect and clear his airway. He is stable and resting comfortably. He has been in the hospital since Saturday.

Barbara Bush is 91. The couple marked their 72nd wedding anniversary on Jan. 6.