“Oh, Donald — the ratings are in, and you got swamped,” he mocked. “Wow. Now you’re in the thirties?”

But what do you expect? I mean, when you take away after-school programs for children and Meals on Wheels for the poor people, that’s not what you call “Making America Great Again.”

He offered to take Trump on a tour to the Hart Middle School in Washington, D.C., to see how the programs affected the lives of real American children.

Hey, @realDonaldTrump, I have some advice. See you at Hart Middle School? Here's more info about #afterschool: https://t.co/NOgdhBHyyp pic.twitter.com/NQI2OdVqtF

RELATED: Arnold Schwarzenegger denies rumors that he’s getting back into politics

In early March, Schwarzenegger announced that he would not return to the show for another season. 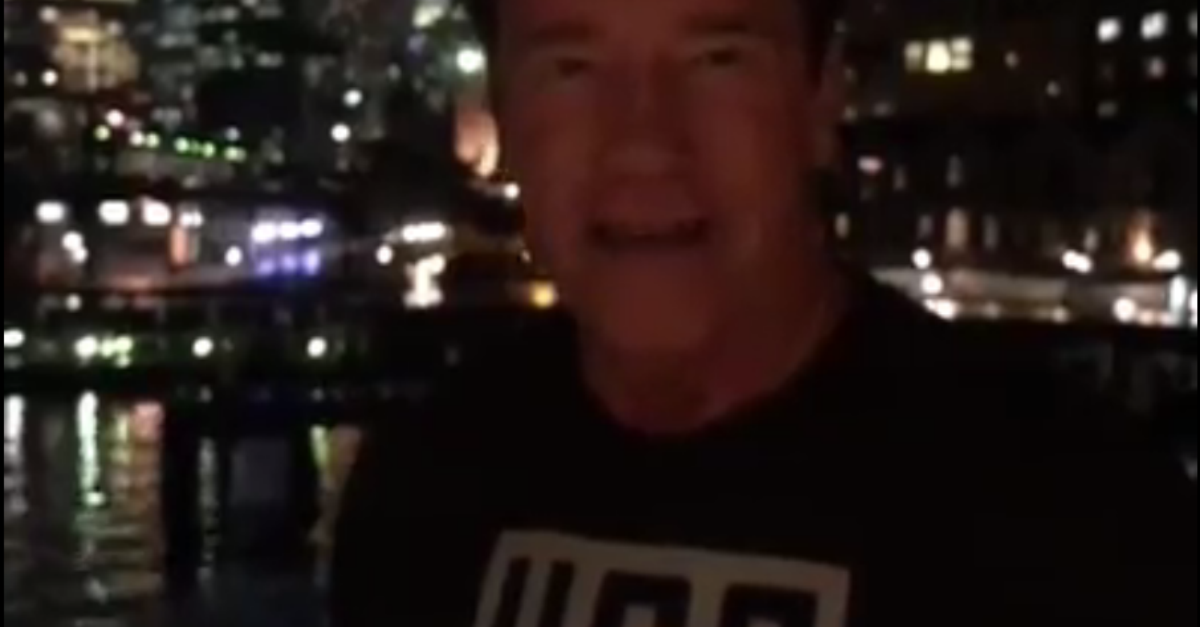