Fox News’ co-president is officially out of a job 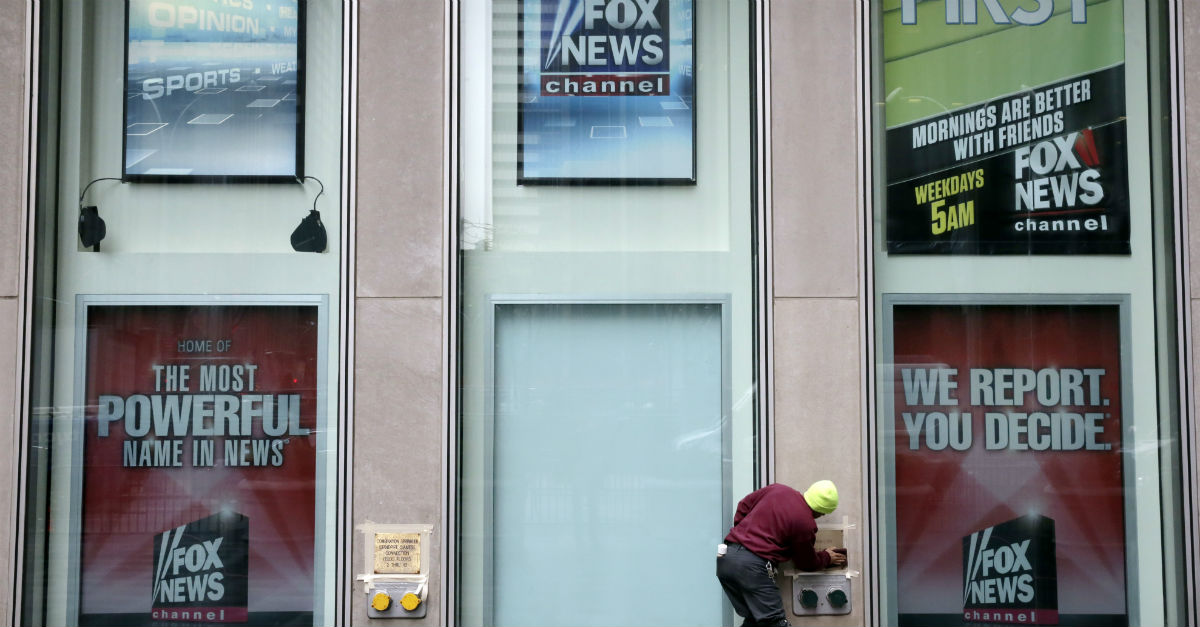 AP Photo/Richard Drew
A worker cleans a sign outside the Fox television studios, where a poster of Bill O'Reilly has been removed, in New York, Thursday morning, April 20, 2017. Despite the inglorious end to O'Reilly's two-decade Fox News Channel career, observers say his deep imprint on Fox and other cable news outlets and his influence on barbed political discourse are intact for the foreseeable future. (AP Photo/Richard Drew)

The Hill reports that Fox News co-president Bill Shine is no longer with the network as of Monday.

New York Magazine’s Gabriel Sherman was the first to break the news:

BREAKING: Two sources inside Fox News say Bill Shine is out as of this morning

Rumors that Shine’s future with the network was rocky began as early as last week.

Anchor Sean Hannity even tweeted his worry of what Shine’s standing with the network meant for the future of Fox News.

Shine’s name has appeared during dark times at the network, notably as an ally to former Fox News CEO Roger Ailes amidst various sexual harassment lawsuits.