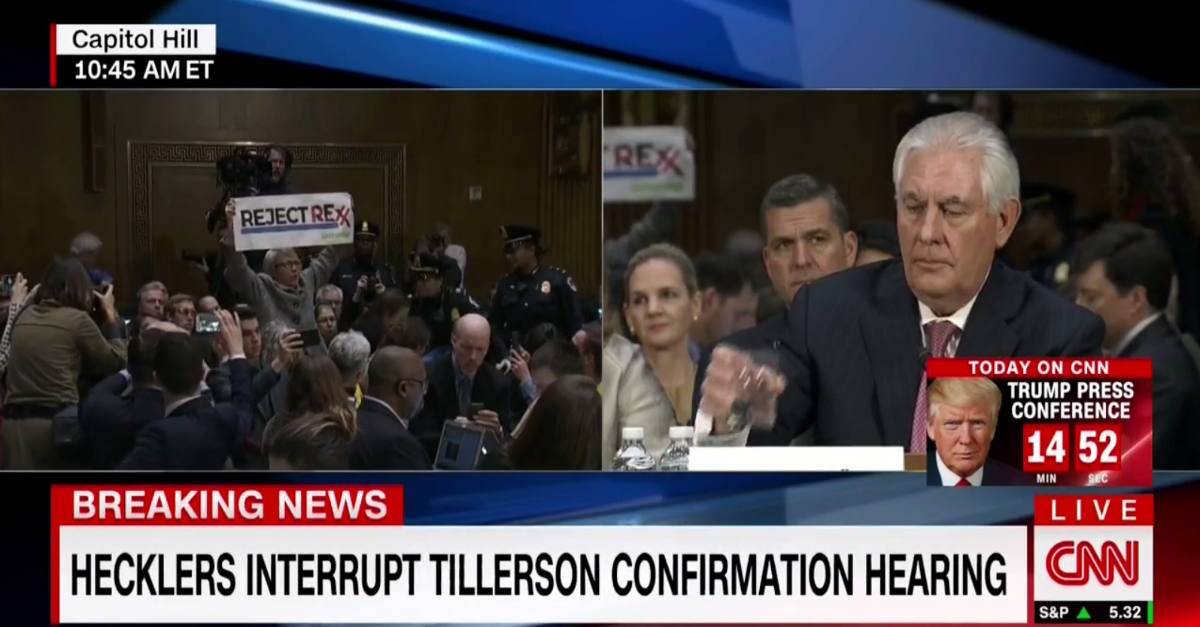 One woman started with the interruptions, holding a sign that said “Greenpeace” and “Reject Rex,” the ‘x’ in ‘Rex’ designed like the ‘x’ in ‘Exxon Mobile.’

“My home was destroyed in Hurricane Sandy,” she shouted while being escorted out by security. “Be brave, protect my community. Protect America.”

The protester turned her attention toward Tillerson, saying, “Rex Tillerson, I reject you” until she was removed from the room.

RELATED: Jeff Sessions was in the middle of his confirmation when a protest suddenly broke out

Some minutes later, another Greenpeace protester with the same sign spoke up.

This woman accused Tillerson of wanting to drill in the arctic. “That will ruin the climate and destroy the future for our children and grandchildren,” she shouted.

“Please don’t put Exxon in charge of the State Department,” she hollered while security escorted her from the room.

About a minute later, a third Greenpeace protester with a sign stood up to speak, this time about pipelines.

“In our home state of Texas, people are resisting dated pipelines.” She then addressed Tillerson directly, saying, “Whether or not you become Secretary of State, oil is dead, and people will not stop.”

She too continued to shout while being escorted from the room.