In a Thursday afternoon press conference, White House Press Secretary Sean Spicer reminded a journalist that he needed to wait his turn to ask a question.

Spicer was wrapping up his answer to a question about medical and recreational marijuana recreation when an attempt to ask a follow-up question was made. Unfortunately for the journalist, Spicer had already called on someone else.

RELATED: A well-respected journalist criticized his own field after a bizarre press conference from Donald Trump

The journalist continued to speak, arguing that he had a right to a follow-up question.

“This isn’t a TV program,” Spicer reminded him.

When the journalist refused to back down, Spicer sternly said: “You don’t get to just yell out questions. We’re going to raise our hand like big boys and girls.” 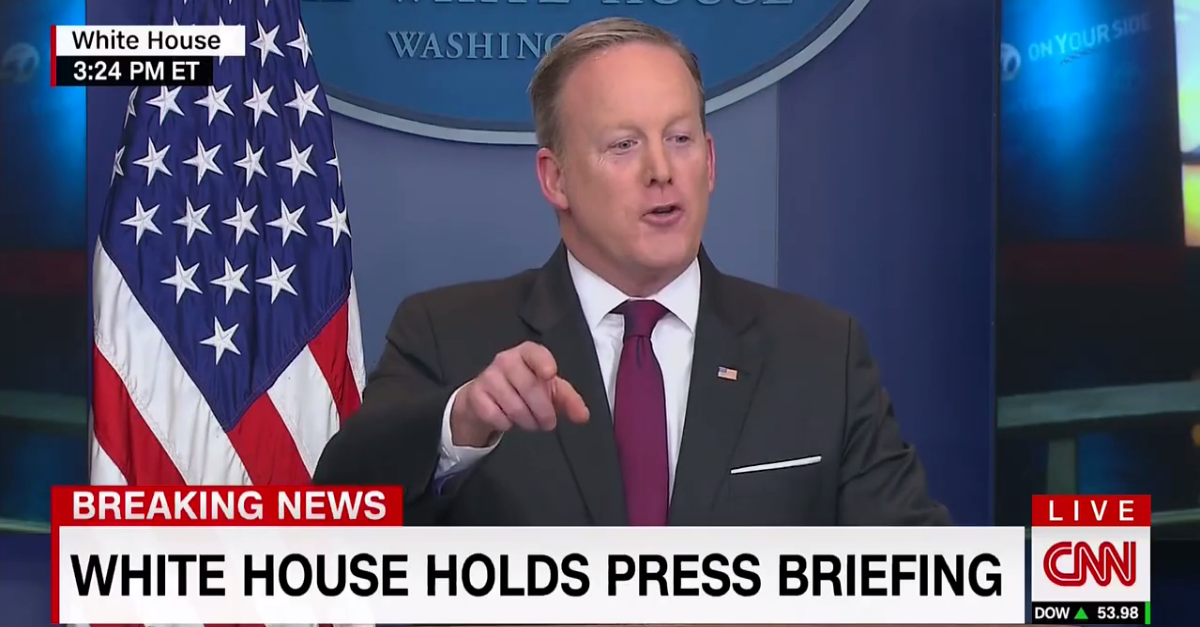