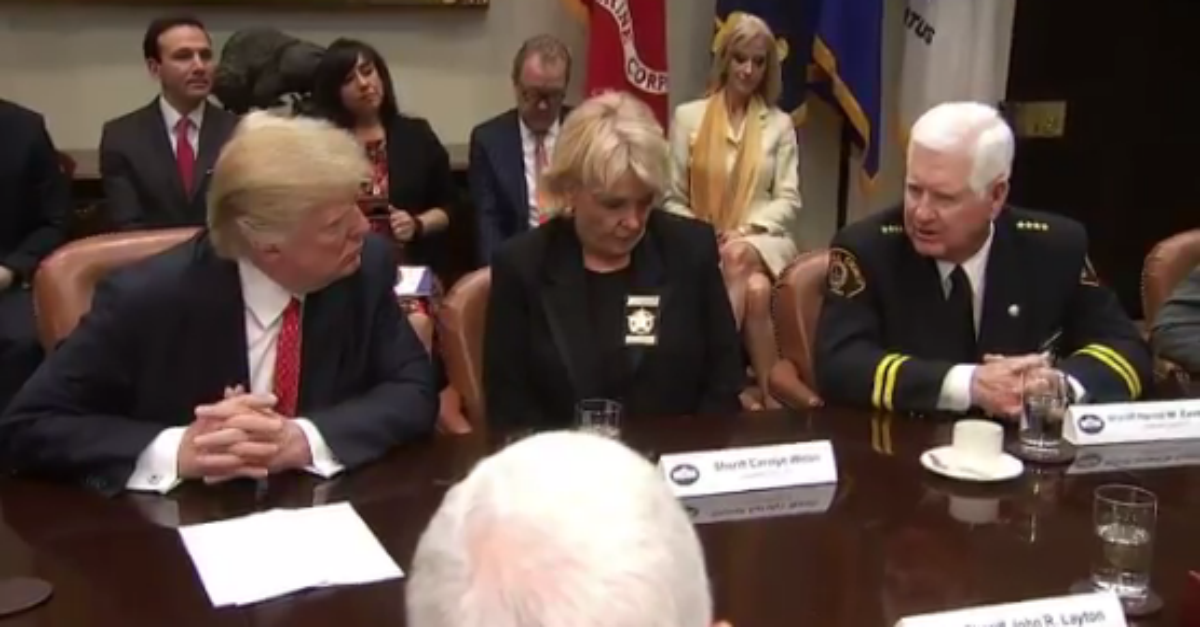 Eavenson was complaining about a state lawmaker in Texas with whom he did not agree on a piece of legislation, so the president offered up a solution:

Trump: “Want to give his name? We’ll destroy his career.”

“Who is the state senator? Do you want to give his name?” Trump asked. Following a brief shrug by Eavenson, Trump half-jokingly said “We’ll destroy his career.”

A transcript of the interaction was also shared:

RELATED: A California sheriff’s department called out its deputy for threatening on camera to “create” charges

As the Washington Post’s Radley Balko noted in a tweet, the state senator in question was trying to reform civil asset forfeiture, a controversial law enforcement practice that allows for property to be seized either in direct or indirect connection to a crime:

Jesus. Also, the thing the sheriff didn't like? The state senator is trying to end civil asset forfeiture.https://t.co/NQ3tsogvlU

In the captured video, Sheriff Eavenson had voiced a complaint about the state senator’s push to require a conviction before law enforcement officials received any civil asset forfeiture money.

While it is currently unknown exactly which state senator — many have speculated either civil libertarians Bob Hall (R) or Don Huffines (R) — was the subject of these comments, Eavenson later defended Trump’s words: “He was making a point about how much he opposed that kind of philosophy. I appreciated what the president said. I can assure you that he is on our side.”