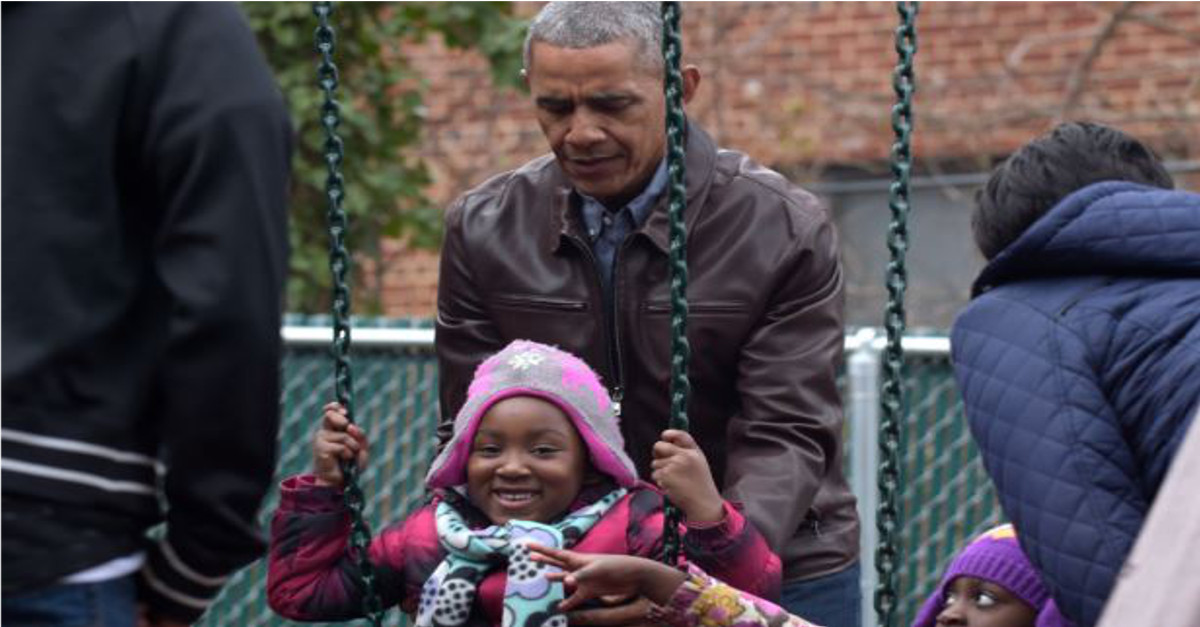 On Martin Luther King Jr. Day, President and Mrs. Obama took time out of their busy schedule to visit the homeless shelter in Washington, D.C., where the couple donated their daughters’ swing set.

The swing set, which sat on the White House?s South Lawn for eight years, was a gift to the Obamas’ daughters, Malia and Sasha, when they moved to the White House in 2009. The girls, who were 10 and 7 years old when they received the swing set, used it during their years at 1600 Pennsylvania Avenue.

The Obamas initially offered the set to Donald Trump so his 10-year-old son, Barron, and his grandchildren could use it, but the offer was declined.

Now, thanks to the Obamas’ generosity, children at the Jobs Have Priority shelter will be able to enjoy the swing set for years to come.

RELATED: White House donates Sasha and Malia’s playset after Trump turns down Obama’s offer to let his grandkids keep it

The set was installed at the Naylor Road Program, a 28-apartment shelter for homeless families in southeast Washington, D.C.

According to its website, the goal of Jobs Have Priority is to ?help individuals move from dependency to self-sufficiency” and the “first step is ensuring basic needs are met and then we focus on helping our clients receive a steady paycheck.?