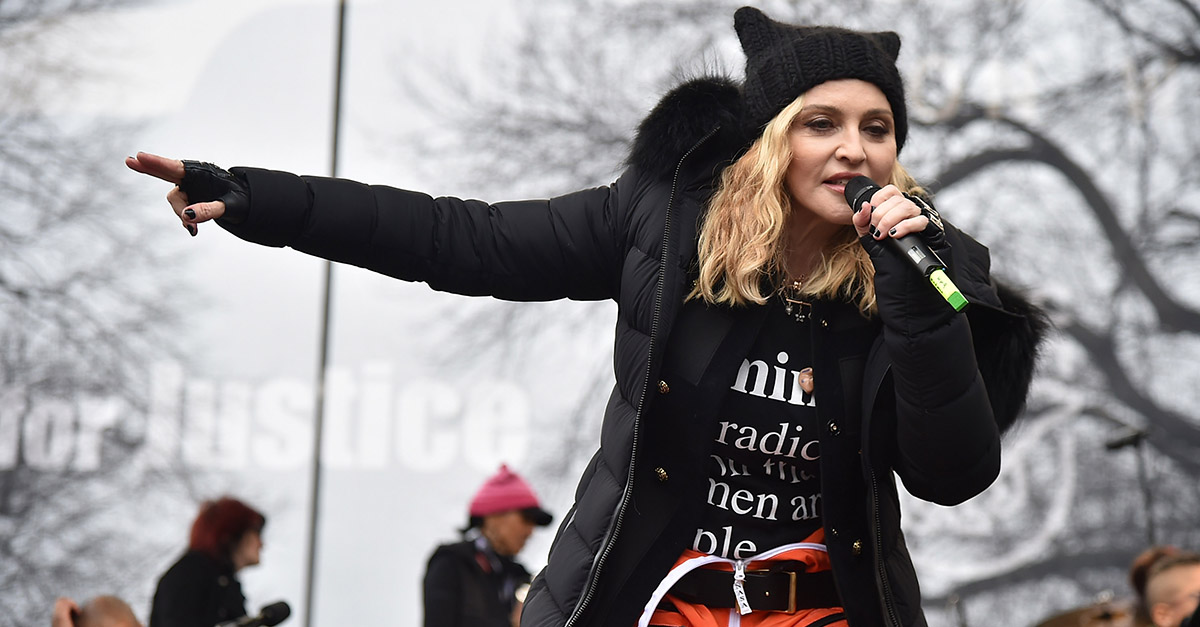 The Secret Service isn’t happy with Madonna’s remarks about “blowing up the White House.”

In a passionate speech on Saturday, Madonna went on a rampage about her feelings toward Donald Trump’s presidency.

“Yes, I?m angry. Yes, I am outraged. Yes, I thought an awful lot about blowing up the White House,? she said at a Women’s March protest in Washington, D.C. “But I know that this won?t change anything. We cannot fall into despair.?

RELATED: Kellyanne Conway weighs in on the Women?s March: ?I frankly didn?t see the point?

According to Page Six, her comments got the attention of federal law enforcement and the Secret Service is reportedly investigating.

On Sunday, the “Material Girl’ singer took to Instagram to clarify her comments.

?I want to clarify some very important things. I am not a violent person, I do not promote violence and it?s important people hear and understand my speech in it?s entirety rather than one phrase taken wildly out of context,? Madonna wrote.

Yesterday's Rally. was an amazing and beautiful experience. I came and performed Express Yourself and thats exactly what i did. However I want to clarify some very important things. I am not a violent person, I do not promote violence and it's important people hear and understand my speech in it's entirety rather than one phrase taken wildly out of context. My speech began with " I want to start a revolution of love." ♥️ I then go on to take this opportunity to encourage women and all marginalized people to not fall into despair but rather to come together and use it as a starting point for unity and to create positive change in the world. I spoke in metaphor and I shared two ways of looking at things — one was to be hopeful, and one was to feel anger and outrage, which I have personally felt. However, I know that acting out of anger doesn’t solve anything. And the only way to change things for the better is to do it with love. It was truly an honor to be part of an audience chanting “we choose love”. 🙏🏻🇺🇸♥️🙏🏻🇺🇸♥️🙏🏻🇺🇸♥️🙏🏻🇺🇸♥️🙏🏻🇺🇸 #revoltutionoflove♥️#revolutionoflove♥️*******************************************************

“One of the singers said she wanted to blow up the White House. I mean, can you imagine saying that about President Obama,? White House Chief of Staff Reince Priebus told ?Fox News Sunday.?

RELATED: The Dunkin? Donuts employee who wrote the NSFW poem Ashley Judd recited at the Women?s March is defending her words

An official U.S. spokesperson said that the statement will be evaluated for it’s seriousness.

“It?s all about intent. Is she intending to do harm to the White House or President Trump? Otherwise it will be characterized as inappropriate,? the official said to The Post. ?If it?s characterized as inappropriate, then there won?t be any discussions with the U.S. Attorney. If it?s determined that there?s intent on her part, then there will be discussions with the U.S. Attorney and they?ll take it from there.?