A crazy Canadian man took road rage to the next level, scaring humans and trees alike with his hysterics 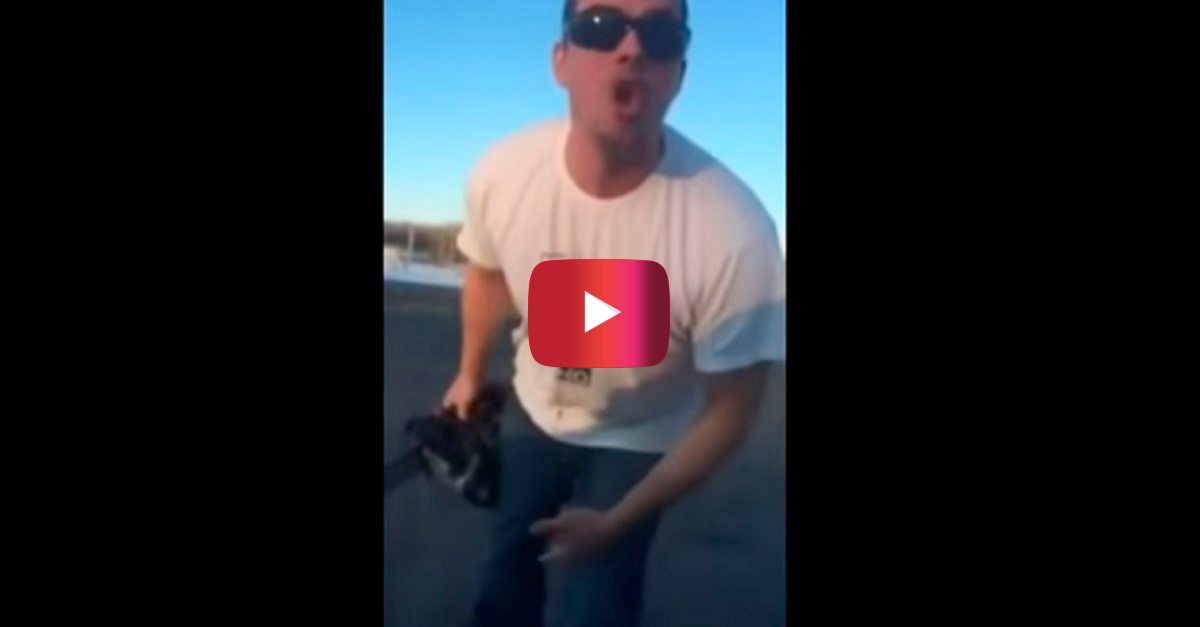 When a man noticed a car swerving all over the road, he started following it in an effort to get the license plate number. Little did he know that the crazy man behind the wheel would get out of the vehicle and start threatening his wife with a chainsaw.

The 37-year-old man has been tracked down and arrested. Karine Cyr, the victim, had her two kids in the back seat of the car and her husband, Alexandre Hermenier, was behind the wheel.

The children can be heard screaming “Mama! Mama!” in terror.

“Everyone will react differently, but I would like to say that if you see dangerous driving, do not follow the driver — the mistake that we made with two children in the back seat,” the mother told the CBC. “We regret it tremendously. If it happens to you, pull over and just call police.”

Police arrested the man Monday and he, at minimum, faces assault charges.

The incident occurred in Quebec, Canada.