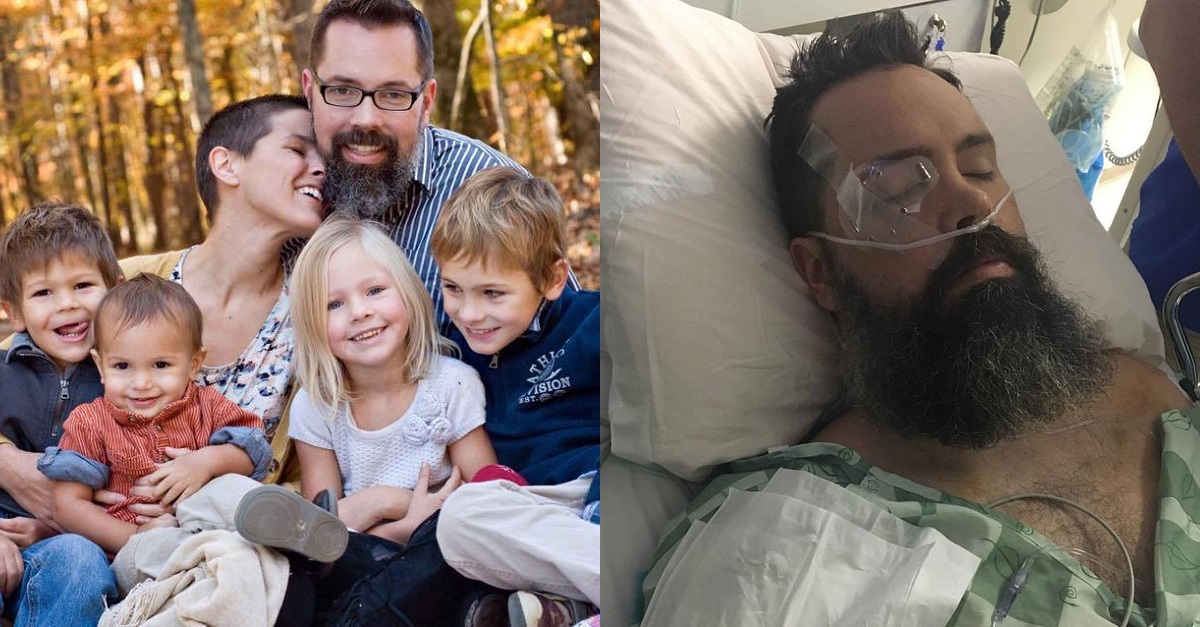 A North Carolina father is appealing to the public for help in finding a driver that he says brutally beat him in front of his children just months after one of his own children drowned.

The July 28 incident sent the father, only identified as Brock, to the hospital. He required surgery for a broken eye socket and received titanium plates in his cheek.

In a post on Facebook, he says the attack happened in Mooresville, N.C., at the intersection of state routes 150 and 21.

“I was taking my three kids to Kung Fu and some guy did not like that I didn’t let him in front of me on I77 (I am assuming),” he begins. Things reportedly escalated quickly:

He pulled up next to me, and proceeded to scream at me from his car then, abruptly swerved over, forcing me to lock breaks otherwise get hit by him and go into a concrete wall. From there, I tried to get him to stop where I saw a cop off on the side of the road at exit 35 – then I got out to talk to him about almost killing my entire family when we got to the intersection.

Brock says he got out of his car, exchanged “no more than 10 words” with the other driver and left the engagement. But he turned around when he heard a woman in the other car scream, “No! No! Stop!”

RELATED: A father is getting the recognition he deserves after he died while saving his son

“Hearing her scream ‘No’ is what made me turn around just in time to get hit in the face,” he says. He doesn’t specify what hit him.

Brock went through a litany of surgeries to repair his face afterward; he still doesn’t have feeling in his face, he says.

“My nerves may heal themselves or may not. If feels like I have a good dose of novacaine all the time,” he wrote.

He says his assailant was a white male, about 5′ 10″, with brown hair and a trimmed beard. Brock says the mid-to-late-20s man had a “muscular” build and was about 210 pounds. He was in a dark blue Mazda CX-3. The license plate may have started with a C and ended with 337.