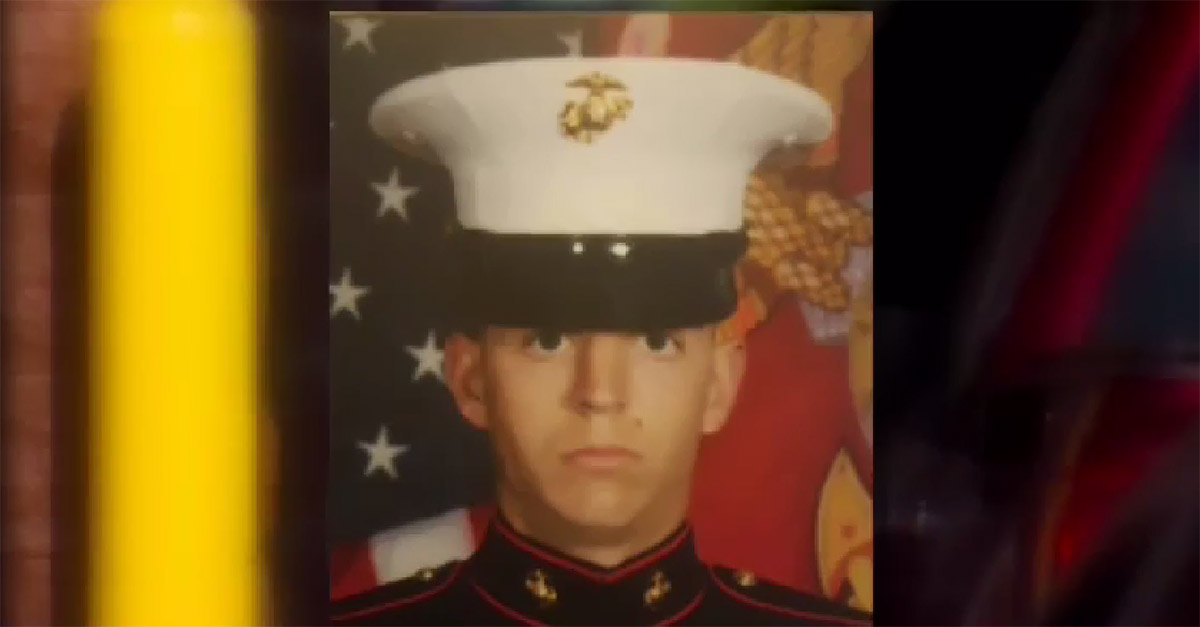 A Marine veteran was waiting in the drive-thru line at McDonald’s in Bedford, Ind., on Sunday when an impatient customer in another car got heated when he heard someone honk their horn. The customer got out of his car, confronted the Marine, 25-year-old Justin Lampkins, in his truck, beat him and then shot him in cold blood.

The shooter, Evan Schaffer, WTHR reported, got out of his truck at the front of the line after hearing the horn and “went back to the third truck, which the victim was in, and engaged and battered the victim.”

Schaffer reportedly walked back to his truck after initially punching Lampkins. But Schaffer wasn’t done.

RELATED: A father was shot in a McDonald’s parking lot over a petty argument

According to WISH-TV, Bedford assistant police chief Joe DeWees said, “The victim shoved the accused back, the accused then presented a handgun.” The suspect then shot Lampkins in the chest, and he died later at a local hospital.

Police captured Schaffer a short time later. He faces a charge of murder.

RELATED: Planner of botched burglary talks about the homeowner who killed her friends

“It’s tough. Not everybody is built to handle what we do overseas, and to see it a McDonald’s is sad,” Lampkins’ brother-in-law Eric Stahl, who also served in the Army, told WTHR.

According to WTHR, Lampkins spent four years on active duty based at Camp Lejeune in North Carolina. He achieved the rank of sergeant by the time he was discharged in late 2015. His family says his grandfather, an Army veteran, inspired him to join the military.

Bedford police requested the help of others who were in line at the McDonald’s at the time of the confrontation. Police are crediting those witnesses for coming forward and helping them charge Schaffer with murder.