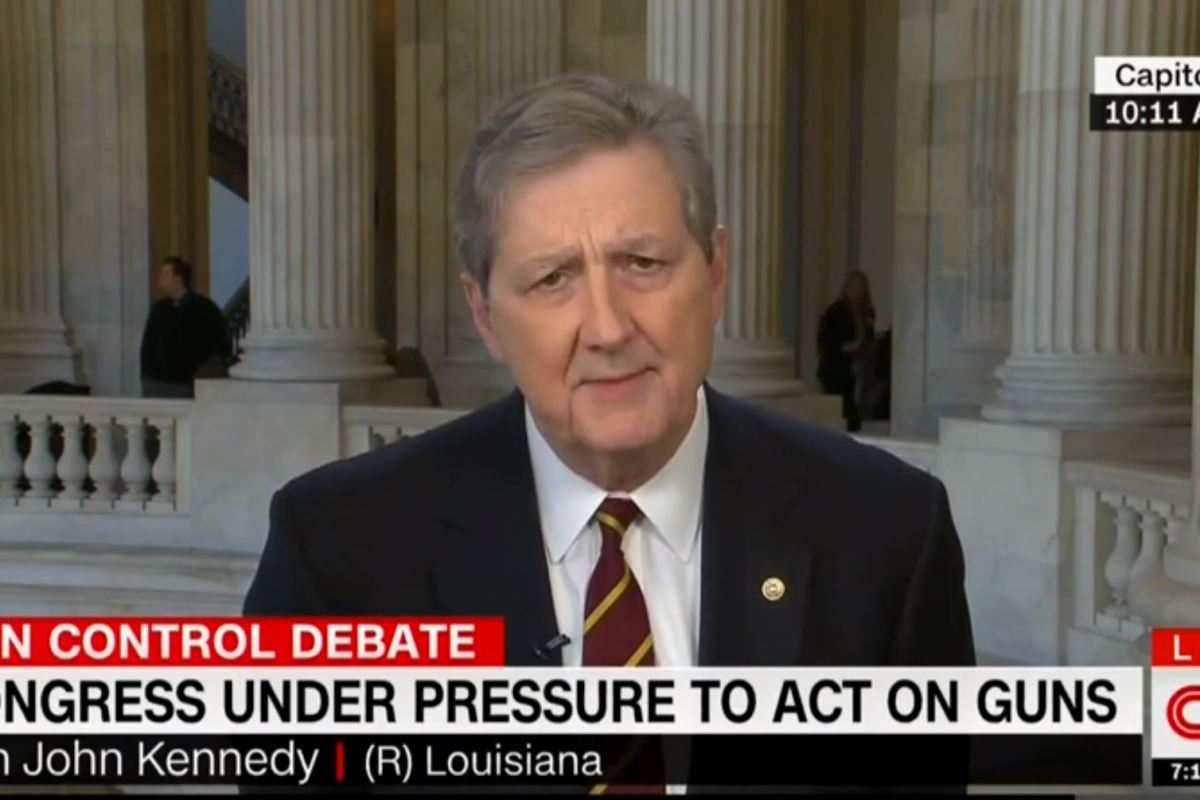 Kennedy was speaking with CNN about the Fix NICS bill, which aims to improve the National Instant Criminal Background Check System. The Fix NICS bill has received bipartisan support but some conservatives won’t get behind it out of fear of tightening gun laws and some democrats say that it’s not a strong enough measure. Kennedy is among the Republican senators refusing to get behind the bill, saying “I don’t think it’s going to do anything.”

The Fix NICS bill includes incentives aimed at encouraging federal agencies to keep the national background check system up to date. But Kennedy doesn’t think that’s the best idea, he quipped, “there are holes in the program you can drive a MAC truck through, so in order to encourage compliance, we’re going to tell the federal employees ‘if you don’t start doing your job, we’re going to take away your bonuses.’ Well, why the hell are they getting bonuses to begin with?”

When asked to clarify what he meant by “idiot,” Kennedy responded, “I’m talking to the people who do this.”

Kennedy said that he believes “we have the tools in place” to keep guns out of the hands of the mentally ill but that the federal government is not doing enough to keep their database up-to-date.