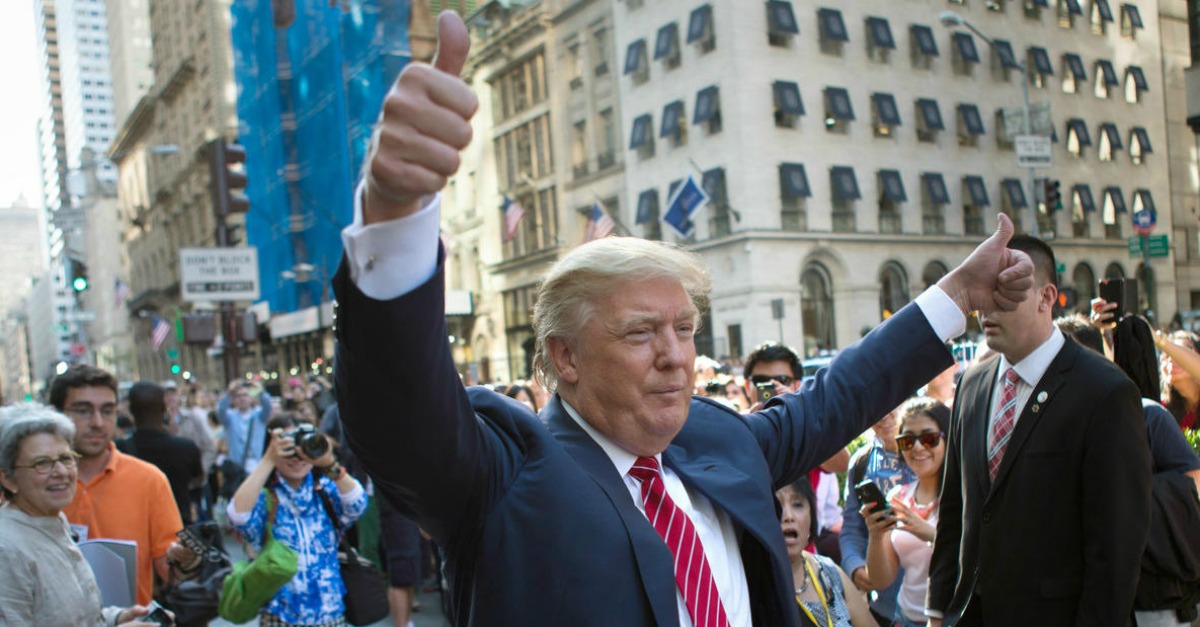 Mere hours after the Republican tax bill’s passage last week, there were already positives signs that it will bolster the economy. As Republicans on the Hill rejoiced in their singular legislative victory of 2017, Comcast announced $1,000 bonuses for 100,000 non-executive and front line employees, and AT&T did the same for 200,000 of its employees. Both companies credited the GOP tax bill.

Fifth Third Bancorp, a bank headquartered in Ohio, announced a minimum hourly wage increase to $15 an hour for all employees as well as a one-time bonus of $1,000 to more than 13,500 of its employees. Similarly, Wells Fargo increased their minimum hourly rate to $15 and aims to donate $400 million “next year due to the newly-passed GOP tax bill.”  CVS Health said that the cut to the corporate tax rate would create 3,000 permanent jobs for the company, and delivery company FedEx says it will increase spending on new hiring, equipment and technology, reports the Washington Post. Boeing announced an immediate $300 million investment in corporate giving, workforce development, and infrastructure investments, saying that the tax reform bill will enable the company “to better compete on the world stage.”

In economics, this is called a positive externality, and it’s something Republicans were banking on with the bill’s passage. The bill slashes the U.S. corporate tax rate, which had previously been one of the highest in the world, allowing businesses to keep more of their money. It is hoped that companies will invest that money in ways that create capital by (among other things) purchasing upgrades to equipment, increasing workers’ salaries, and creating new goods and services. When businesses spend their money in these ways, they bolster the economy directly.

In the debate over taxes, this is really Republicans’ central argument that Democrats fail to understand. The positive externality described above, which can result in wage growth, is mocked as “trickle-down” economics. This is somewhat laughable when the Democratic solution—sending more money to the federal government—has never been shown to increase wages.

Most of the media attention has centered on whether individuals will receive a tax cut or not—but that is really only half of the equation.

Thanks to the GOP tax bill, the average household will receive a tax cut of $1,610 in 2018, according to the Tax Policy Center. But after a year of legislative inertia, Republicans need the bill to do more than simply provide a tax cut, which is why they’ve been advertising that tax reform will seriously boost the economy. House Speaker Paul Ryan (R-Wisc.) said he believes the bill will enable companies to hire more workers, and that everyone will see more money in their paychecks.

The bonuses and investments that these companies have announced in the wake of tax reform’s passage are the first sign that stagnant wages might be bolstered. That’s important, because  after adjusting for inflation, annual real wage growth is just 0.2 percent, and wages are only 10 percent higher in 2017 than they were in 1973. That’s extremely anemic, especially when compared to the astronomical growth of costs in the healthcare, housing, and education sectors.

Long-term real wage stagnation, combined with skyrocketing costs in critical areas of the economy like housing, healthcare, and education, are a contributing factor to the lack of economic progress faced by the majority of average Americans. Democrats have been working overtime to portray the tax bill as merely, and exclusively, a giant tax cut that will make the rich richer and usher in a new era akin to Armageddon and slavery. This is why, for Republicans’ tax cut gamble to work, they must be able to effectively demonstrate—and sell—that this bill can directly solve the problems average Americans face.

So last week was a good one, messaging wise, for the GOP. The announcements from these companies can help Republicans show that the tax bill will not just lower taxes on corporations, but also fatten the average American’s wallet.