Poll: Most Millennials despise both major candidates—and both parties 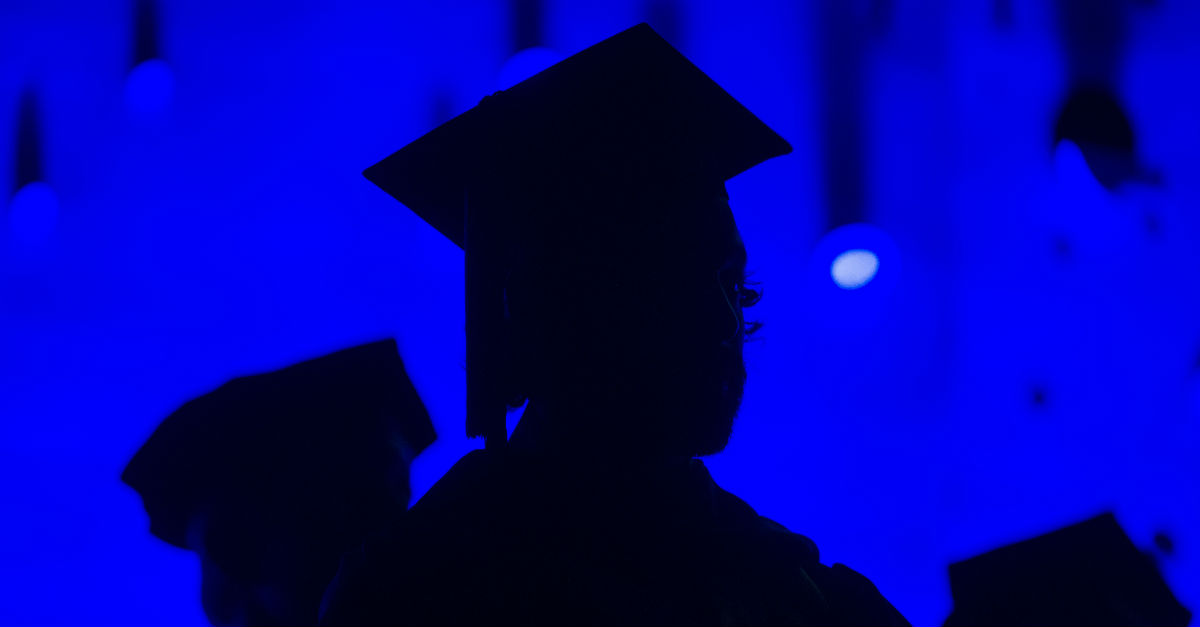 AP Photo/John Amis, File
FILE - In this Saturday, May 31, 2014, file photo, members of the graduating class and faculty attend the Savannah College of Art and Design commencement in Atlanta. For the first time on record, living with parents is now the most common arrangement for Americans ages 18 to 34, an analysis of Census data by the Pew Research Center has found. The sharp shift reflects a long-running decline in marriage age, amplified by the economic upheavals of the Great Recession. The trend has been particularly evident among Americans who lack a college degree. (AP Photo/John Amis, File)

A new poll of Americans aged 18-30 finds we Millennials continue to have a low level of confidence in Republicans and Democrats, as less than a third of us are willing to claim the “two major parties do a good job of representing the American people.”

The GOP gets the boot from more than two in three young adults, and though Democrats fared better, they hardly receive a ringing endorsement. Among white Millennials in particular, 52 percent said the Democratic Party doesn’t care about them.

The poll also asked Millennials about the two parties’ candidates for president, Hillary Clinton and Donald Trump, and disenchantment levels only grew. Young people may be able to muster some enthusiasm for the parties in the abstract, but thinking about these two politicians in particular makes that really difficult.

Half said Clinton isn’t qualified to be president—a baseline question that doesn’t require one to support a candidate to answer affirmatively—and three in four said the same about Trump. Those are damning numbers, and yet completely expected from the most politically independent generation ever.

For Clinton, the survey further zeroed in on whether she intentionally broke the law by using a private email server while secretary of state.

RELATED: Why do Millennials like both Ron Paul and Bernie Sanders?

Now, Clinton has never been very popular with this generation (she got absolutely walloped by Bernie Sanders among that demographic in the primaries), so it’s perhaps not surprising that survey respondents generally took a low view of her email habits.

Just 8 percent—fewer than one in 10—said she did nothing wrong, and 63 percent said she broke the law. Of that majority, most (43 percent vs. 20 percent) say Clinton’s lawbreaking was intentional, though white Millennials were harder on her in this regard than minorities.

Together, all this reiterates what I’ve argued for a while. Millennials like me have grown into adulthood with an awful economy and constant war. Every fresh news day seems to bring yet another report of some dastardly way the government is violating our liberties and trampling the rule of law. It’s easy for us to recognize the need for real and lasting change.

That’s why someone like Sanders or Ron Paul is so appealing—we aren’t interested in just fiddling around the margins of politics, which is basically the promise of a Clinton White House.

RELATED: Millennials may be the first generation to earn less money than their parents

And the 2016 election has clarified the sort of change young Americans want. In short, it’s not the protectionist, hawkish, discriminatory approach Donald Trump is offering.

Though this generation does lean left (as young people historically have), Millennials are comparatively conservative with our money, ready for a more responsible foreign policy, and disinterested in running other people’s lives. That’s good news and further evidence that libertarianism could well win out.