The co-founder of Paypal and Silicon Valley entrepreneur Peter Thiel addressed the Republican National Convention last night. He’s long been an enthusiastic supporter of Donald Trump in a place where Trump is generally hated.

Thiel is in many ways a blend of the unconventional politics that make up a large portion of the Trump coalition. He’s a self-described libertarian who has funded the Seasteading Institute, which is a project to create an artificial island in international waters where businesses and people can live and work free of state control.

Thiel, though, has always had a quasi-authoritarian side, with The Economist describing him as a “corporate Nietzschean” last month. He also gave money to the anti-immigrant group Numbers USA in 2008, so his support for Donald Trump shouldn’t come as a surprise.

When Thiel spoke last night, it touched on most of the themes of Trumpism—“rebuilding America” and America’s diminished “greatness” in everything from technology to infrastructure. He also addressed the struggles of ordinary Americans who cannot get ahead in a stagnant economy, and recommended “ending the era of stupid wars.”

RELATED: Silver lining: This was the most pro-gay Republican convention in history

One of the most striking parts came when Thiel condemned the culture wars that have plagued American politics for decades, “When I was a kid, the great debate was about how to defeat the Soviet Union and we won. Now we are told the great debate is who gets to use which bathroom. This is a distraction from our real problems. Who cares!”

The RNC delegates applauded Thiel, loudly. Again, this shouldn’t be a surprise. When Ted Cruz tried to turn the Indiana presidential primary into a referendum on transgendered bathrooms, he lost.

Thiel then went on to praise Trump for declaring a ceasefire in the culture wars:

I don’t pretend to agree with every plank in our party’s platform, but fake culture wars only distract us from our economic decline and nobody in this race is being honest about it, except Donald Trump.

Set aside the fact that the Trump campaign has been defined by outrageous racial demagoguery for over a year. Thiel is right. The traditional culture war politics of the Republican Party has been soundly rejected by Trump. If the GOP survives after 2016, that’s one (maybe the only) lesson Republicans should take from the billionaire frontrunner.

While some #NeverTrump social conservatives read Thiel’s rejection of the culture war as a condemnation of the Republican Party, there’s more to it than that. Hillary Clinton’s campaign also has a culture war component.

The Democratic Party platform calls for expanding taxpayer-funded abortions and legally persecuting climate change skeptics. While the media has focused on Trump’s racial demagoguery, the Democrats have become the party of Tumblr SJWs. Thiel’s culture war condemnation makes the Democrats look just as petty as the Rick Santorum fan club. 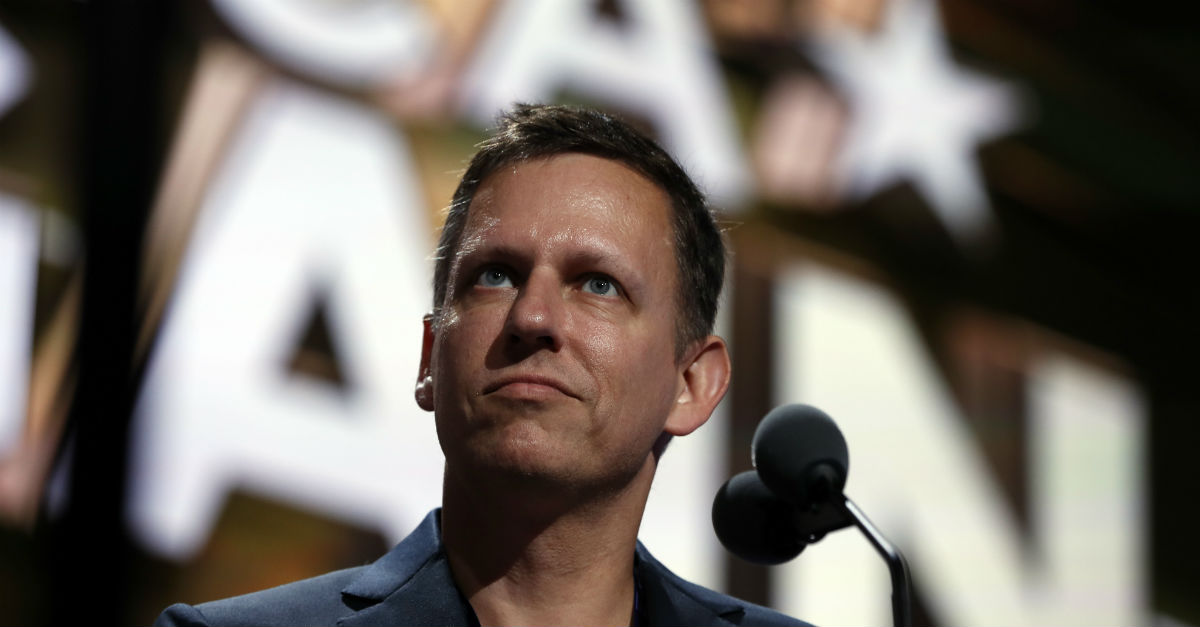