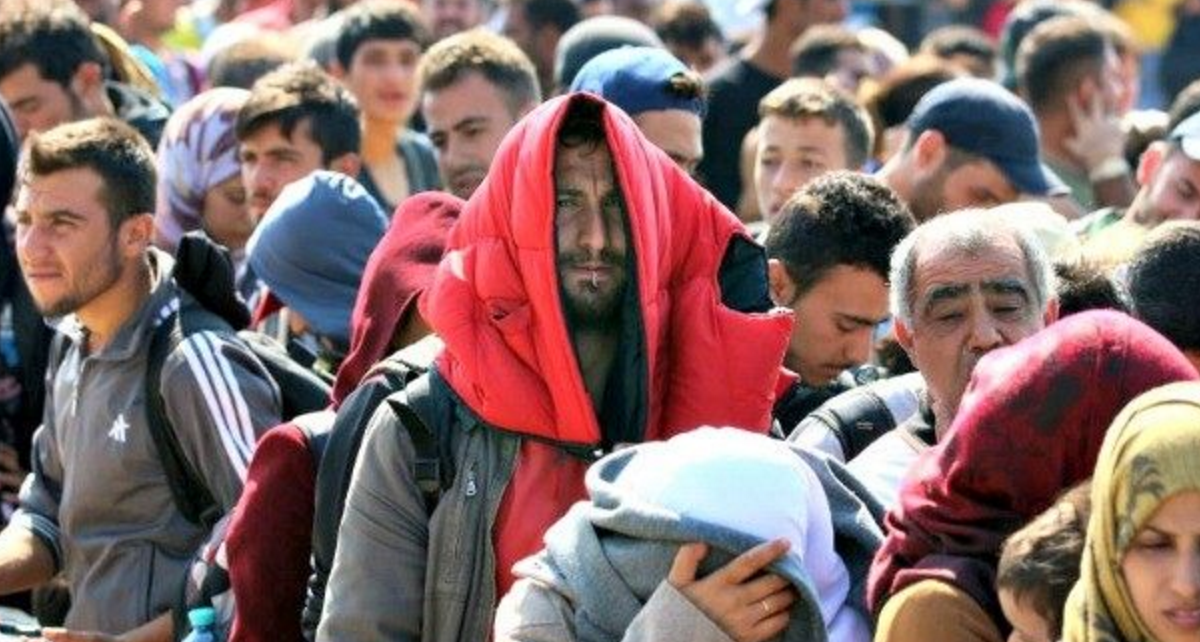 When President Donald Trump announced his executive order banning travel and immigration from Syria and six other countries for 90 days and banning refugee admissions for 120 days, he sold this as part of an attempt to switch focus towards helping persecuted Christians in the Middle East. In an interview with the Christian Broadcasting Network?s David Brody, President Trump said that Christians would become a priority once refugee admissions resume. ?They?ve been horribly treated. Do you know if you were a Christian in Syria it was impossible, at least very tough, to get into the United States?? said Trump.

While that statement from Trump is not exactly accurate, Christian persecution in Syria is an unfortunate reality. Syria?s Christian minority has been subjected to persecution including murders, abductions, rape and repression by the Islamic State and other rebel factions fighting to overthrow the regime of Bashar al-Assad. Many of these same rebel groups are currently supported by the United States.

But instead of protecting Arab Christians, President Trump?s travel ban has had the opposite effect. Sarmad and her daughter Sarah Assali are Orthodox Christians, originally from Syria, who live in Allentown, Pa., and became U.S. citizens. The Assalis have been using their U.S. citizenship to bring over their relatives from Syria. So far, they have successfully brought over three of their family members.

The Assalis this weekend were preparing to bring over two brothers, their wives and children to the United States. The two families left Syria with 16 suitcases and entered Lebanon to board a flight from Beirut to Doha, Qatar, and then on to Philadelphia. The flight from Doha to Philadelphia was taken before the travel and visa ban for Syrian citizens was enacted.

They began the immigration process in 2003 and had just finalized their immigration paperwork in December 2016 and were approved to enter the country on a F-4 visa, which is issued to the siblings of U.S. residents.

When the two families landed in Philadelphia on Saturday, they were not allowed to enter the country. They were told to get back on the flight and return to Doha or their passports would be confiscated. The families, who could not speak English, did not have access to an interpreter.

“We bought them a house, we furnished it for them, to help them start a new life,” Sarmad Assali told CNN.

The Assali?s congressman, Republican Charlie Dent, was furious at the turning away of their relatives, calling it ?wrong? in an interview with CNN. Philadelphia Mayor Jim Kenney was ?sickened? by the incident according to a statement he released.

?By several accounts, these families waited months to obtain the proper documentation so they could come to our country legally. And still, they were sent back to a war-torn nation that has used chemical warfare against its own people. The Trump administration very well may have just given these families a death sentence,” said Mayor Kenney in a statement.

The Assalis have in the meantime have started a GoFundMe campaign to pay for their relatives? travel expenses. As of writing, the campaign has raised $11,759.

Ironically, if the Assalis were refugees, they would?ve likely gained entry. According to the text of the executive order, the State and Homeland Security Departments could allow refugees in the country despite the ban if they were a persecuted minority and/or they already were in transit. The Assalis met both criteria, but since they were admitted under F-4 visas, they were removed from the country.

RELATED: Who will end up deporting more people ? Donald Trump or Barack Obama?

Cases like the Assalis reveal how heavy-handed and poorly executed Trump?s executive order is. In addition, it has become a de facto Christian ban, since most Syrian Christians don?t enter the U.S. as refugees. This is because Syrian Christians try and stay out of United Nations run refugee camps in Jordan and Turkey because they fear for their lives in those camps. The U.S. only accepts refugee referrals from the U.N., so to be referred, Syrians have to reside in those camps and register with the U.N.

In addition to barring Syrian Christians and other persecuted Middle Eastern Christians from entering the country, the order has suspended the entire refugee program. In 2016, the United States admitted 84,995 refugees with 44 percent of them being Christian. The country that sent the most refugees to the U.S. that year was the Democratic Republic of the Congo, which is 80 percent Christian.