Once again, the Republican Party has conned its voters 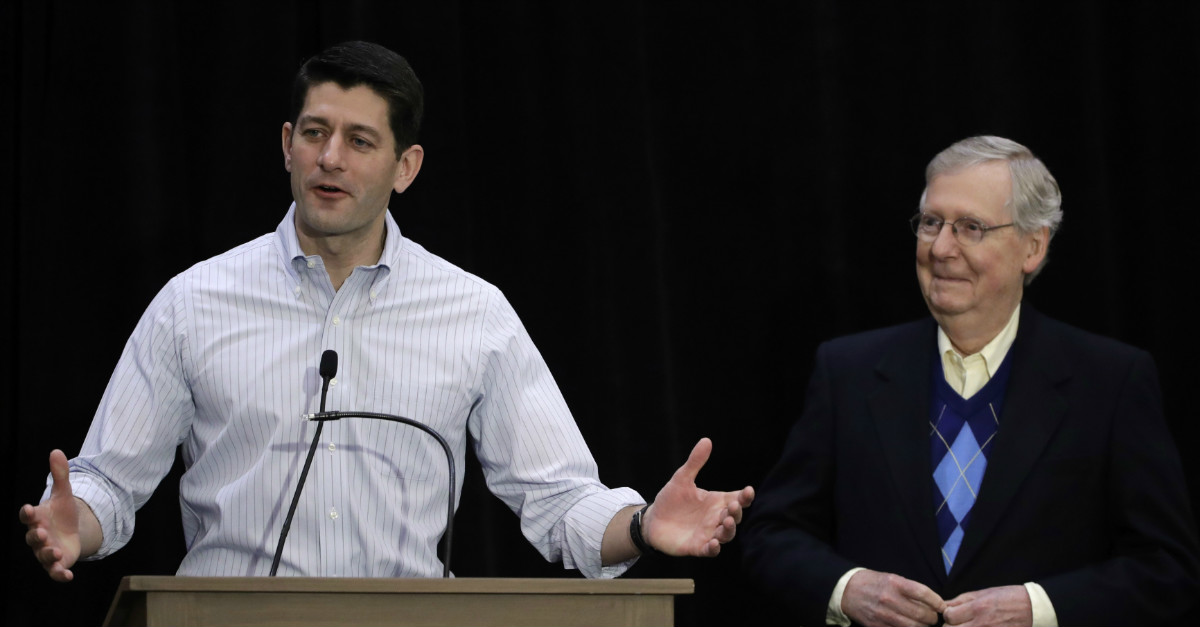 We won?t have a government shutdown after all. The Republican-controlled Congress on Sunday announced that a budget deal had been reached to keep the government open until September.

As part of this agreement, Democrats got almost everything that they asked for. There were no major domestic spending cuts. The Trump administration failed to defund the EPA and other environmental programs. There was even a spending increase for national parks.

Not only did Democrats win on the environment, they rammed through several more of their domestic priorities. Obamacare remains largely intact. There will be an increase in H1B visas for foreign workers. Agencies President Donald Trump sought to eliminate such as the National Endowment for the Arts got modest spending hikes.

Meanwhile, Republicans came back almost empty-handed. Planned Parenthood was not defunded. The language of the spending bill explicitly bans money from being spent on either Trump’s border wall or new Border Patrol agents. But at least Republicans did manage to include an increase in Pentagon spending. That should keep their defense contractor bankrollers happy for a while.

RELATED: Meet the new party of ?no?: the Democrats

It?s not that Republicans tried and failed to keep their promises. The reality is that they had no intention of keeping them when it actually mattered. Doomed show votes during the Obama administration were fine; actually delivering under GOP government was not.

Republicans talk a good game about fiscal responsibility during elections, but when they actually take over they pass big-spending bills and unbalanced budgets. Republican presidents are so bad on spending that Democratic presidents actually rank better on overall deficit reduction.

Spending and Planned Parenthood aren?t the only issues Republicans scam their voters on. They?re also promising to bring back manufacturing jobs and to grow the coal industry, without telling anyone that if there is more manufacturing in the United States, most of the jobs will be done by robots. Meanwhile, big coal is unlikely to see mass employment again for a variety of reasons.

Republicans are con artists. They only win elections by scamming the voters. The latest budget deal should be a wake-up call to all Americans that it’s time to say enough. If the GOP has no intention of delivering, it should bow out of government and go do something more honorable?like sell reverse mortgages.