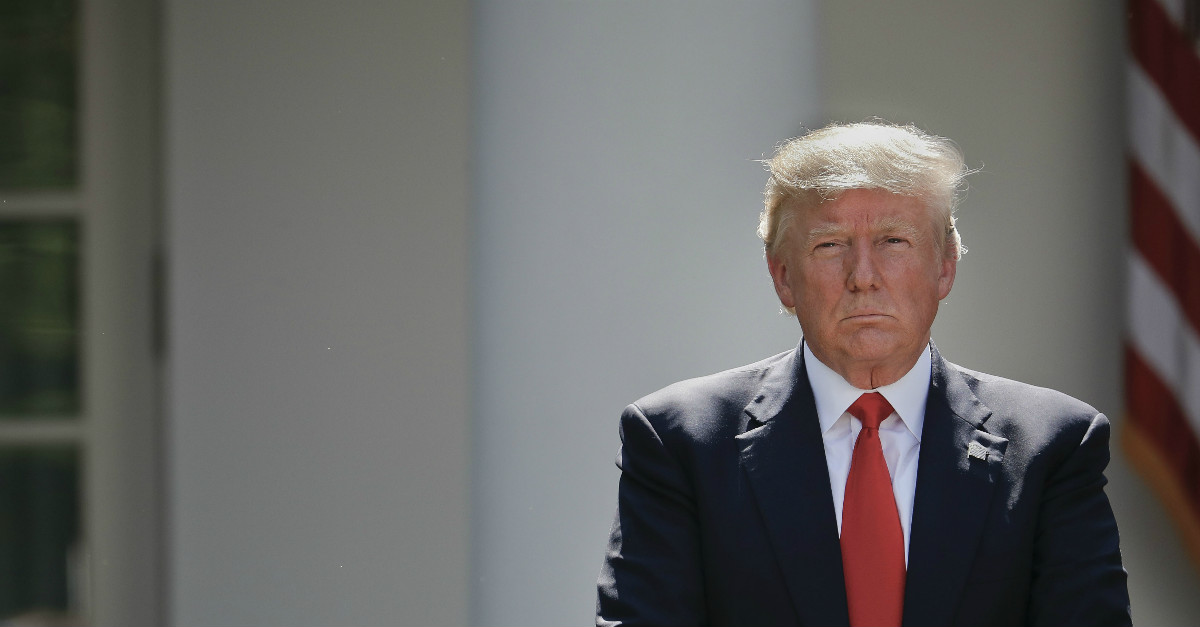 But first over to the Washington Post, where democracy is being kept alive in a well-lit terrarium and liberal writer E.J. Dionne is showering praise on the anti-Trump (just one “anti”) right. Trump’s most vociferous Republican critics, as named by Dionne, are Jennifer Rubin, Michael Gerson, David Frum, Charlie Sykes and Evan McMullin. He correctly identifies many of these scribes as neoconservatives, heirs to the peripatetic scribes who departed the left during its 1960s spasm of radicalism and spent the next five decades making their way to the heart of the Republican establishment.

Well, no longer. Donald Trump’s ascent to power has so alarmed these writers that many of them are now taking a fresh look at the Democratic Party, as streams of anti-Trump vitriol and laments over political homelessness gush from their Twitter feeds. Could another cross-party migration be in the neocons’ future? Dionne thinks so and is clearly eager to welcome the likes of Rubin and Gerson back into the Democratic camp. “Let?s call them ‘neo-moderates,'” he writes. “They, too, could emerge as a major force in our politics and make a difference in our history.”

But is Dionne’s memory really that short? Here is what constitutes his new “moderation”: advocating for war against Iraq, shredding its social fabric, opening it up to sectarian gale forces, letting it disintegrate into a haven for terrorism?and then demanding the same treatment for Libya, Syria, and Iran. That’s the legacy of the neoconservatism described by Dionne and embodied by the thinkers he lists (minus Sykes with whom I’m not familiar).

What distinguishes the present cohort of neoconservatives isn’t that they “helped prepare the ground for Ronald Reagan?s political revolution,” as Dionne rightly says of the neocon old guard, but that they helped create the circumstances that led to Donald Trump, from their ruinous war in Iraq that turned their own citizens’ gazes inwards, to their elevation of mass immigration to shibboleth without ever thinking through the potential consequences, to their tone-deaf insistence that the GOP should become a sort of patrician salon populated by identically dressed Romney lookalikes. All of this unmoored Republicans from their own voting base and cleared the way for Trump.

This is why so many conservatives who loathe Trump also critique his most avid right-of-center detractors: because we see their conflict as a culture war between destructive populism and aloof elitism, neither of which can make the American right whole again. What’s needed is not anti-Trumpism or anti-anti-Trumpism per se, but post-Trumpism, an acknowledgment that the Orange Revolution happened and that its lessons must be absorbed while still preserving what’s great about the right.

RELATED: Love him or hate him, it?s time for everyone to grow up and work with Donald Trump

That means a foreign policy that concedes America can’t police the world and recognizes the human cost of deploying troops abroad time and time again. It means an immigration scheme that acknowledges the importance of borders and doesn’t change the country’s demographics so quickly as to engender a backlash. It means accepting that anti-coal and anti-natural gas green policies have shredded jobs. It means realizing that many Americans consider opioids a far more daunting crisis than alleged Russian interference. It means conceding that supposedly pinpoint-accurate jobs numbers aren’t reflective of many people’s economic realities. It means more than frothing Jennifer Rubin-style criticism; it means adjusting accordingly.

No more U-turns; no more overlooking failure. Donald Trump cannot be the future of the right, but neither can he be replaced with the shambling, moaning, cadaverous ideologues of debacles’ past.