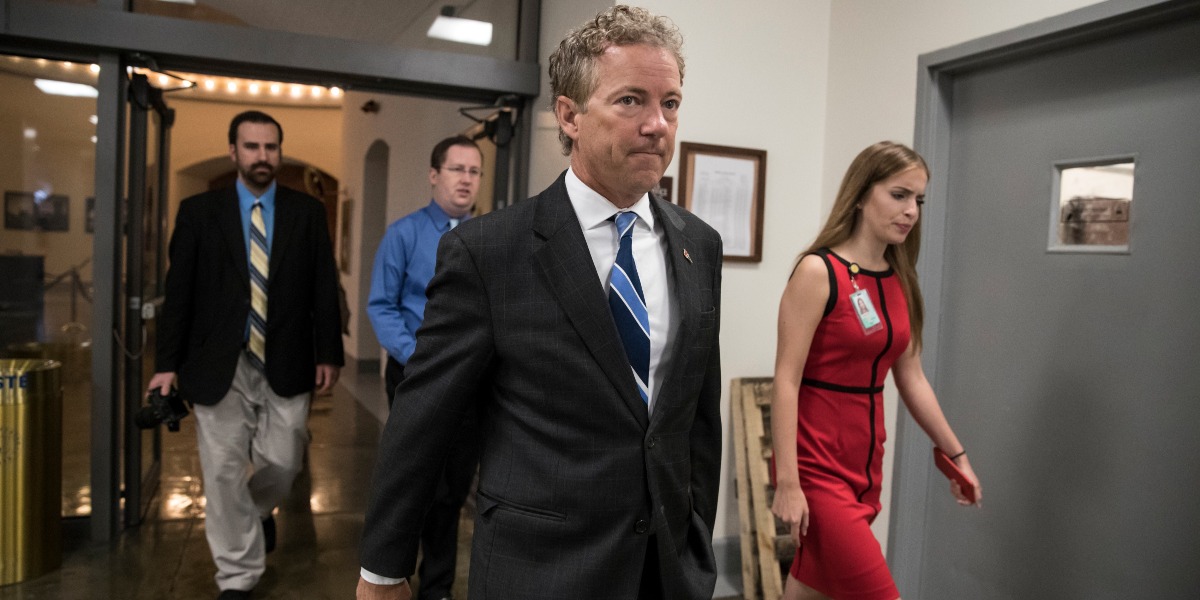 Sen. Rand Paul (R-Ky.) is reportedly holding up the nomination of one of President Trump?s key national security officials over his past work with NSA surveillance.

Paul appears to be against Demers? vocal support of Section 702 of the FISA Amendments Act, which allows the government to intercept communications involving American citizens and foreigners without a warrant.

If Demers is confirmed, he will be one of three Department of Justice officials with the authority to sign off on FISA applications.

According to The Washington Post, Demers helped draft the law.

Paul and Sen. Mike Lee (R-Utah) have been outspoken in their opposition to long-term reauthorization of the FISA Amendments Act, promising to filibuster any legislation that allowed such reauthorization.

?We?ve got this massive database of warrantlessly collected communications that the FBI can sift through for purposes unrelated to terrorism or national security,? said Julian Sanchez, a senior fellow at the Cato Institute, who agrees with the senators.

?I absolutely oppose permanent reauthorization,? Paul said earlier in December. ?Any reauthorization has to be paired with more oversight, not less.?

?We have made mistakes in our past, they do happen in times of war,? Paul said. ?That?s why we need government oversight, to protect our rights and the minority in thought from unlawful surveillance.?