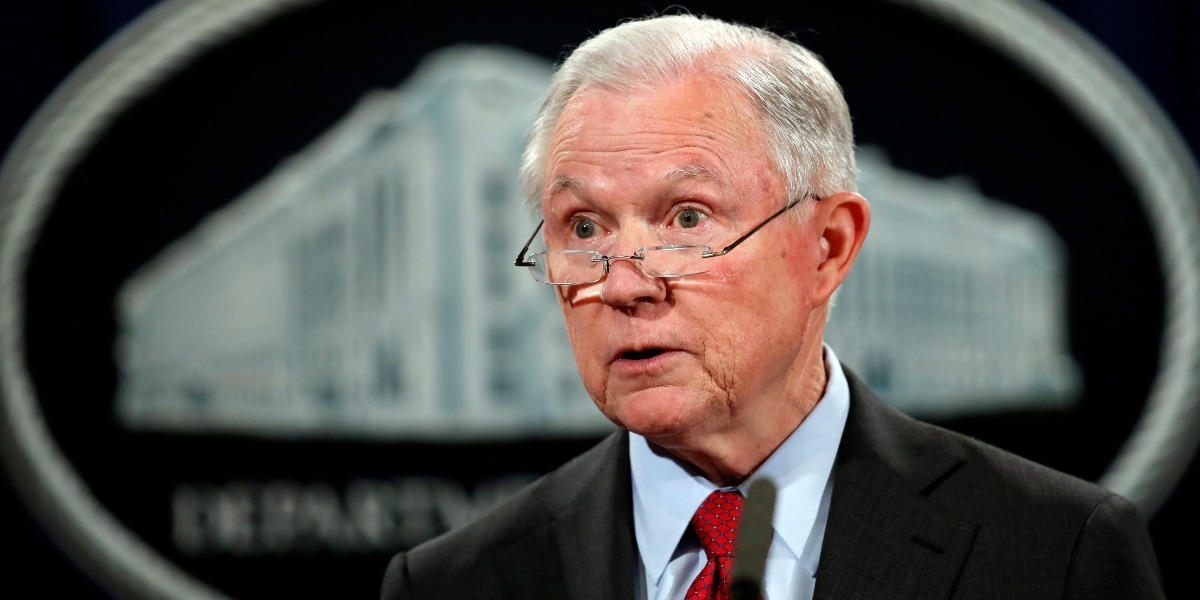 AP Photo/Carolyn Kaster, File
FILE - In this Dec. 15, 2017, file photo, United States Attorney General Jeff Sessions speaks during a news conference at the Justice Department in Washington. Attorney General Jeff Sessions is going after legalized marijuana. Sessions is rescinding a policy that had let legalized marijuana flourish without federal intervention across the country. That's according to two people with direct knowledge of the decision. (AP Photo/Carolyn Kaster, File)

While it does not get nearly as much attention as the battles over immigration and spending, Congress must also decide whether this year?s spending bill will prohibit federal funds from being used to enforce federal marijuana laws against those using or distributing medical marijuana in compliance with state laws.

This provision has been included in every spending bill since 2014. However, Attorney General Jeff Sessions has not only requested that Congress lift the prohibition, but has also reversed Obama-era policy forbidding federal prosecutors from prosecuting violations of federal marijuana laws in states that have legalized marijuana for medical or recreational use. Following Sessions? lead could help send the GOP?s hopes of continuing to control Congress up in smoke.

The prohibition on using taxpayer money to nullify state medical marijuana laws has passed the House with overwhelming majorities several times. The prohibition has not just gotten support from libertarian-leaning Republican members and progressives, but from noted conservatives and moderate Republicans such as former Judiciary Committee Chair James Sensenbrenner, former Energy and Commerce Committee Chair Fred Upton and then-Representative (and current Director of the Office of Management and Budget) Mick Mulvaney. No less a card-carrying member of the Republican establishment than Orrin Hatch recently endorsed medical marijuana as an alternative to opioids.

Jeff Sessions is not only asking his fellow Republicans to take a stand against the wishes of the majority of Americans, he is asking them to abandon the 10th Amendment

In a remarkably short period, support for legalizing the medical use of marijuana has gone from an issue championed only by libertarians and some progressives to one supported by the majority of Americans. If Republican leadership sides with Jeff Sessions over the pro-medical marijuana majority, they will risk alienating not just voters who care about this issue but voters who believe the GOP is the party of federalism and that it should champion the freedom of individuals to make their own medical decisions.

Norm Singleton is President of Ron Paul?s Campaign for Liberty. Norm worked for Congressman Paul from 1997-2012 and also served as a volunteer policy director for the Ron Paul 2012 presidential campaign.