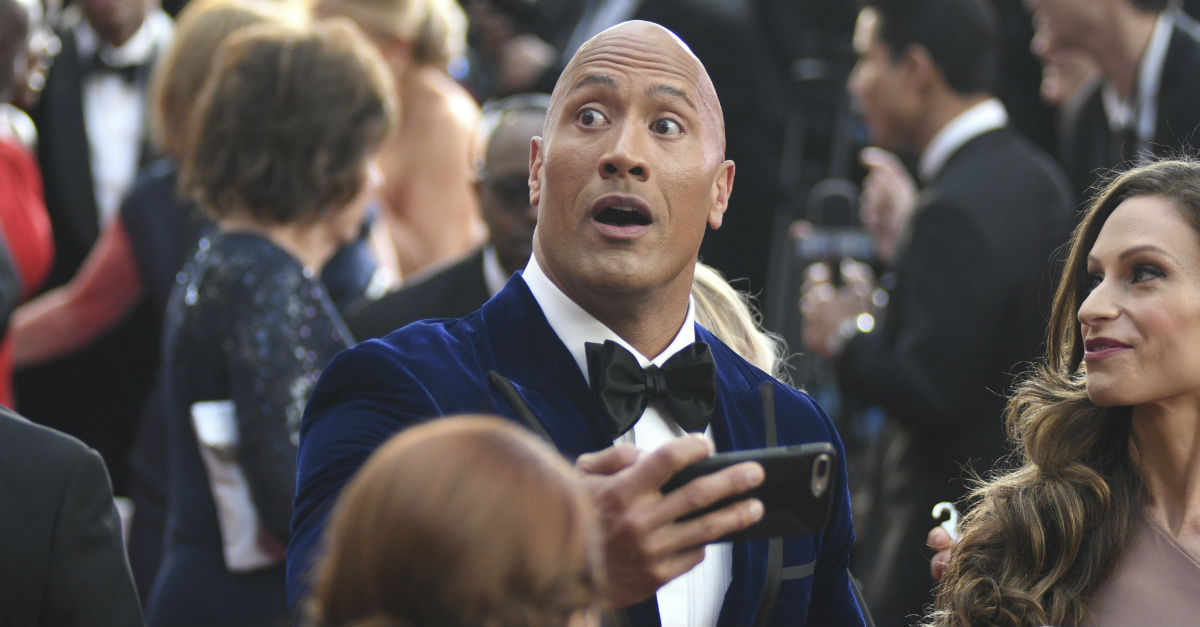 The Oscars weren’t hosted by Steve Harvey this year, but there was still an award mix-up for the ages.

The wrong envelope was handed to presenters Warren Beatty and Faye Dunaway during the announcement for Best Picture.

Beatty mistakenly identified “La La Land” as the winner when in actuality “Moonlight” was the true recipient.

And if there’s one person who could NOT believe the dramatic unfold before him, it was definitely Dwayne “The Rock” Johnson.

if acting Oscars were awarded based on this picture there would be no contest, it's Michelle Williams and The Rock all the way pic.twitter.com/gp1AiezHDM

The Rock is like… "I see what's happening here…" #Oscars pic.twitter.com/Q6BY4PjQDZ

While the faces in the crowd mirrored the shocked faces at home, Johnson’s animated eyebrow brought back fond memories of his days as wrestler.

PricewaterhouseCoopers (PwC) has since apologized in a statement.