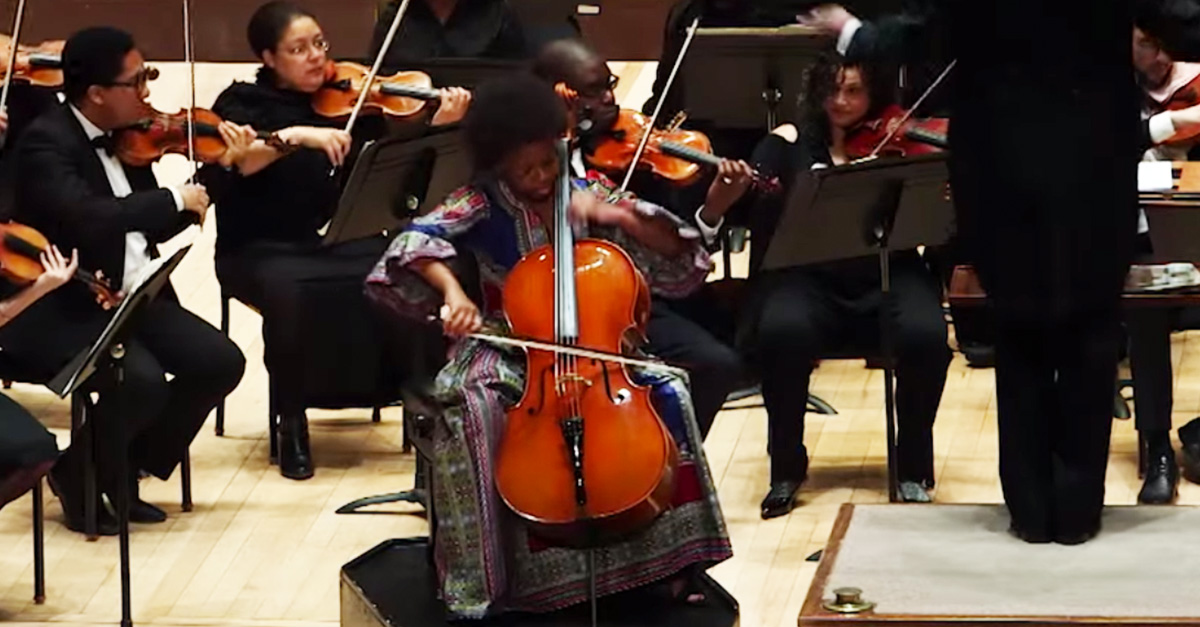 Most 14-year-old kids are worrying about friends and school, but Ifetayo Ali-Landing of Chicago’s Southside has been worrying about her cello and how to take first place at this year?s Sphinx Competition.

The 20th Annual competition was hosted in Detroit, Michigan, in February and allows African-American and Latino teenagers and college students to compete playing stringed-instruments with professional musicians.

After placing second place last year,  Ali-Landing took first place, explaining that she wasn’t satisfied with her previous placement and knew she could do better.

RELATED: You only need 90 seconds to experience the glory of Chicago from a bird?s eye view

?Last year I came in second place, which was great,? Ali-Landing told the Chicago Defender. ?But what I really wanted was first place, and this year I got it.?

Ali-Landing has been playing the cello since she was 4, according to the Huffington Post and is a resident of Southside Chicago. She competed in the junior-division of the national competition securing $10,000 alongside her win with her performance of Lalo?s Concerto in D Minor.

In order to win, Ali-Landing competed against hundreds of young musicians across the U.S. who each performed for a panel of judges. Ali-Landing currently attend the Hyde Park Suzuki Institute and is the third student from the institute to receive top honors at a national competition in the last six years, according to Chicago Defender.

Ali-Landing?s mother, Lucinda, teaches violin at the Suzuki Institute and her daughter would have been a winner to her no matter what happened at the competition.
?Whether she took first, second or whatever, we knew she was a winner,? Lucinda told Chicago Defender. ?I cried, actually, when she walked out on stage. When they announced her as the winner I was just really happy that she was not disappointed, given the amount of work that she has put in.?

While Ali-Landing won back in February, it is only recently that she has been gaining attention with her performances and appearances on the radio. The young girl is making her way into the hearts of listeners and is sure to be heard for a long time to come.