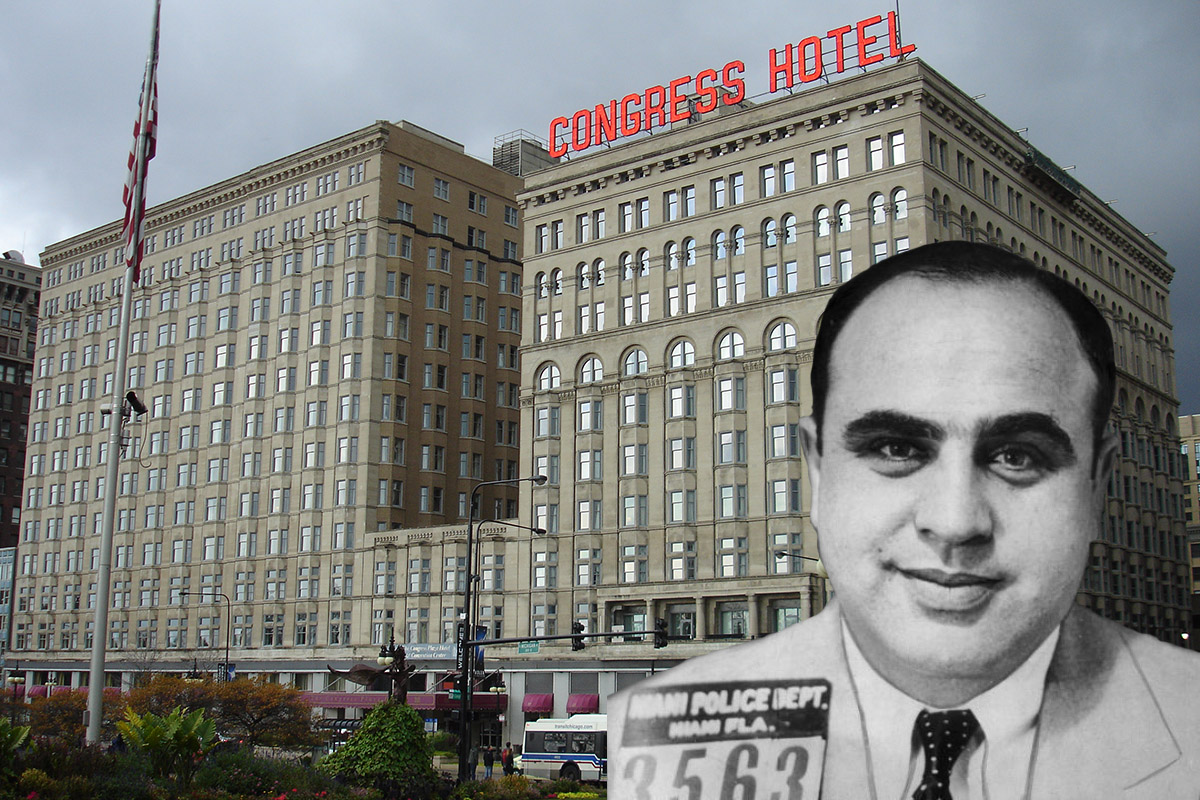 The most haunted place in the Windy City was opened for the 1896 World’s Fair while America’s first serial killer, H.H. Holmes roamed the streets of Chicago. Despite that, Chicago’s most haunted hotel and its urban legends have more to do with gangsters and businessmen than serial killers.

The Most Haunted Hotel in Chicago

A Chicago hotel that you may have passed or even stayed in has earned a top place as one of the most haunted spots in Illinois. According to Travel and Leisure magazine, The Congress Plaza Hotel is one of the scariest spots in the state and its history is littered with ghost stories.

The hotel is located at 520 S. Michigan Ave. and attracts skeptics, ghost hunters, and tourists from just about everywhere. How exactly does a spot make the ‘Most Haunted’ list? Criteria include creepy historical events partaking in the space, for one.

It was said that Chicago’s number one gangster, Al Capone, ran his ring out of The Congress. He also played cards there on Friday nights in a room overlooking Grant Park. Though he wasn’t in Chicago during the St. Valentine’s Day Massacre, Capone was phoned in Florida from The Congress Plaza Hotel before and after the slaughter by his goon Jake “Greasy Thumb” Gusik.

Some people have even claimed to have seen Capone’s ghost lurking the halls near his hotel room suite on the eighth floor.

Though Capone is the most famous potential spectral resident of the hotel, its long and often dark history means that it has a number of paranormal residents.

Several of the ghosts haunting The Congress Plaza Hotel are the spirits of guests that committed suicide after checking into the hotel. One was a businessman who went and shot himself on the shore of Lake Michigan after checking in at the front desk. Another checked into a guest room and then walked himself straight into the lake to drown.

In 1939 a woman from Prague so distraught that her country had been overrun by Nazis threw her children from the 13th floor window.

Every year these days The Congress hosts a Halloween Ball to celebrate and embrace its haunted history but it may be a while until the ghosts are invited to the event.

This article was originally published September 27, 2017.

RELATED: Police Tell the Public Not to Call 911 Over a Super-Spooky Halloween Decoration