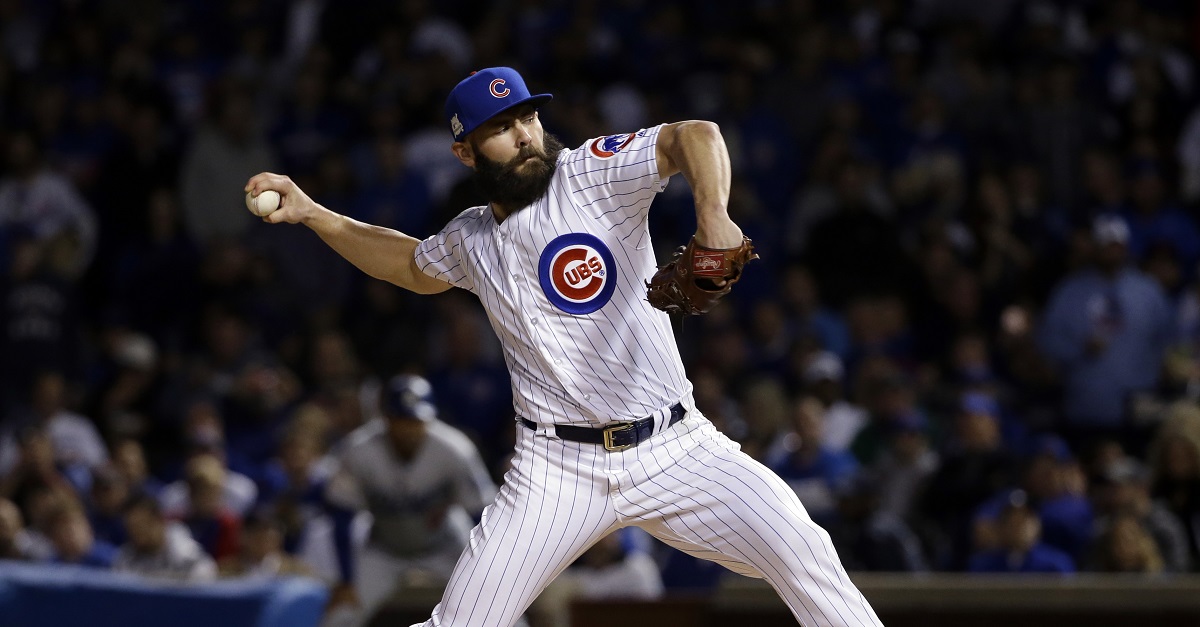 According to a new report, both Jake Arrieta and Wade Davis have both turned down their qualifying offers from the Chicago Cubs.

The Cubs offered a one-year, $17.4 million deal to both players but both rejected the offer as they look to cash in on the open market by becoming unrestricted free agents.

Cubs’ MLB.com reporter Carrie Muskat broke the news on Thursday afternoon. Arrieta, who made just under $16 million last season, will arguably be the top free agent starting pitcher on the market, and could command a contract in excess of $150 million with numerous teams in pursuit of his services.

As for Davis, he?ll still command a hefty deal after making $10 million a season ago. Acquired for Jorge Soler in a trade with the Kansas City Royals, Davis will join other talented relievers like Brandon Morrow and Greg Holland.

RELATED: David Ross addresses Cubs coaching staff rumors and we are all on edge

Both players can still re-sign with the Cubs, but it does not appear likely that the team will scrap up the money needed to keep both pitchers in Chicago. If the pitchers opt to sign elsewhere, then the Cubs will receive draft pick compensation in next year’s MLB Draft.

To see who else is on the market, check out this gallery of the eight players who may not be Cubbies for much longer…