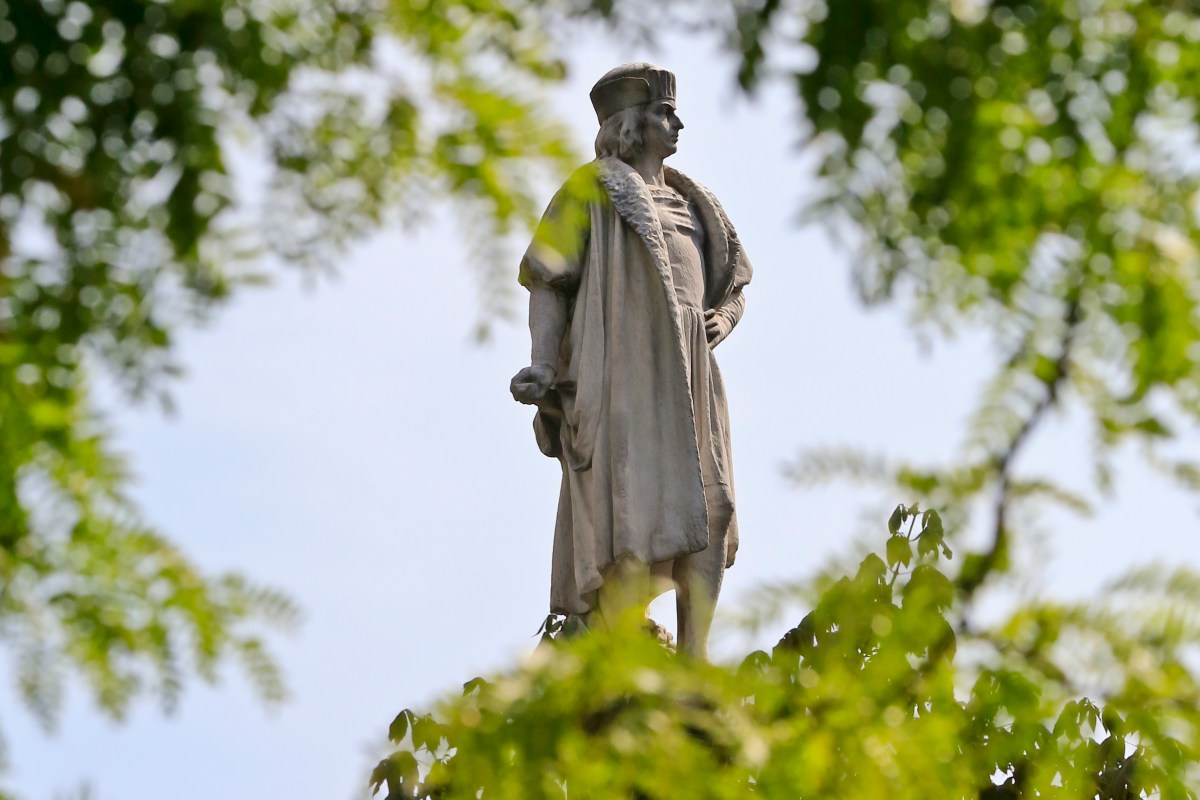 This past Saturday, a man along with two other defaced the Christopher Columbus statue that resides in Arrigo Park. The statue has been there since 1893 but recently there has been a push to make Columbus Day, Indigenous People’s Day.

According to Chicago Police, Kyle Miskell, 30, defaced the statue with red spray paint with messages such as “All colonies are burning,” “Muerte al estado,” and “f— Columbus”. Miskell was with two other people according to a neighbor that reported the incident. She said the trio were there Saturday morning (really you couldn’t find a better time?) and they were shouting things like “F— Columbus,” “F— the USA,” and “Die Columbus!”

The neighbor also recounted that the three saw her and absconded on bikes, but Miskell crashed and was caught by police before he could get away. The best part was he was literally caught red-handed due to his red spray painted hands.

Miskell is being held in jail on 3,000 bail, after being charged with felony criminal damage to government property and criminal defacement of property. The city worked to clean the Christopher Columbus statue early Monday morning.