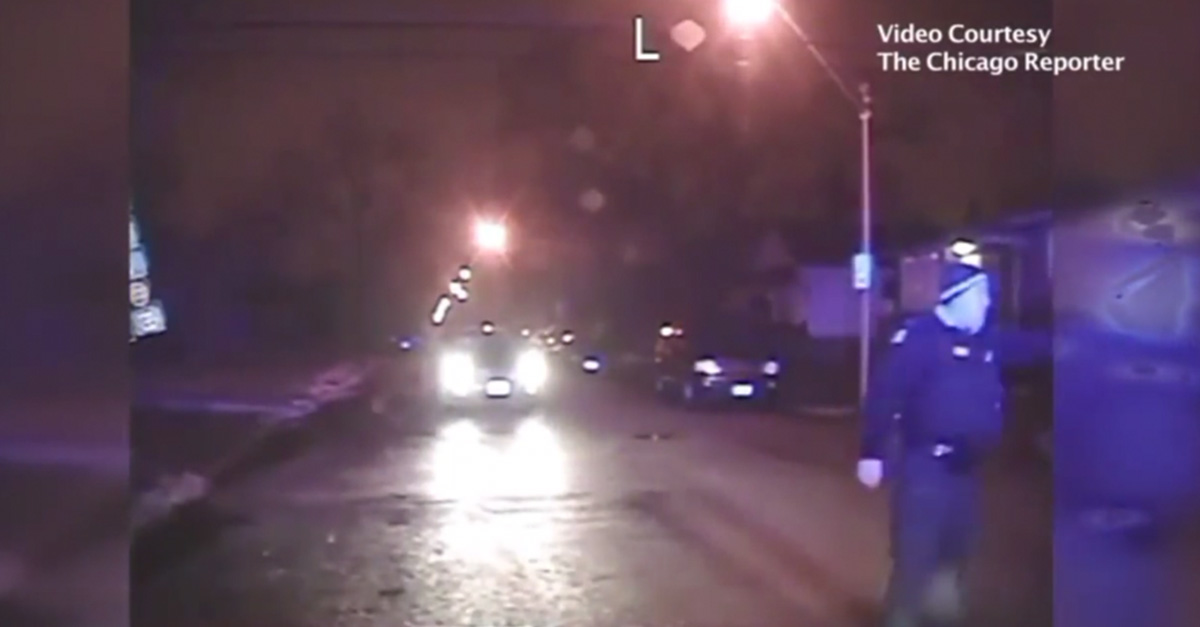 Back in August, Chicago police officer Marco Proano was convicted two counts of civil rights violations after shooting at a car full of teenagers. Now, his punishment has been handed down and he will serve a five-year prison sentence, according to WGN.

He fired into the car as it backed up after being stopped for speeding, according to prosecutors. Dashcam video shows him firing toward a person inside the car. Proano’s attorney, Daniel Herbert, contended an officer is allowed by law to use deadly force if he believes the target poses a threat.

In handing down the sentence Monday, U.S. District Judge Gary Feinerman said at the time of the shooting, Proano was not acting as a police officer, but was the “source of chaos and violence.”

An effort by the Chicago Police Department to fire Proano is currently pending.

The officer did address the court on Monday saying that day he did not go out there “hunting,” looking to kill someone or hurt someone.

He said he feels strongly about what he did and he thinks those teenagers got to go home that night because of his actions.

He apologized to his friends and his family but he did not apologize to the teenagers in that car.

You can view the following links to read court documents on the case: