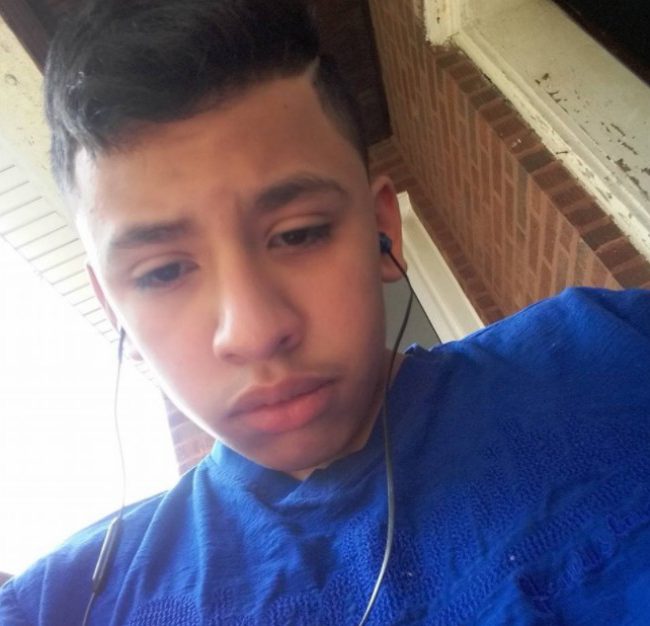 On Sunday morning on Chicago’s Southwest side, a 15-year-old boy was killed while delivering newspapers with his stepfather in what police believe was a case of mistaken identity.

“We think that was potentially a case of mistaken identity,” said Anthony Riccio, Chief of Organized Crime according to a NBC4 report.

According to a NBC4 report and authorities, Brian Jasso was shot and killed just before 7 a.m. in the 1500 block of West 47th Street on Sunday in the city’s LeClaire Courts neighborhood.

The news outlet reported investigators saying there were newspapers in the car where Jasso’s body was discovered and are led to believe Jasso may have been delivering them at the time of the shooting.

According to police and the Cook County medical examiner in a NBC4 report, Jasso was sitting in the backseat of a Honda CR-V when it was rear-ended by a white vehicle. According to Jasso’s family, they say Jasso was riding with his step-dad, Erik Campeano, a longtime newspaper delivery driver who accompanied his teen along the route.

According to the news outlet, Campeano said he was driving with Jasso near West 47th and Leamington when a white car flashed its high beams at their SUV. The vehicle began to chase the pair and when Campeano stopped, someone from inside the white car opened fire, reported NBC4.

According to the news outlet, Campeano said he pulled into a nearby BP gas station and told Jasso to run but the teen was not responding. Jasso was pronounced dead at the scene – suffering from a gunshot wound to the head. NBC4 reported his mother said her son had picked up the route so he could make money to buy his sister a birthday gift.

“I want to see the killer’s face,” the grieving mother said to the news outlet. Jasso’s stepdad is an independent contractor who delivers newspapers according to NBC4.

According to the news outlet, police report the motive was not clear but Jasso’s family said he “did not have any enemies.”