Illinois has finally settled on a budget, but there’s one important thing still unsettled 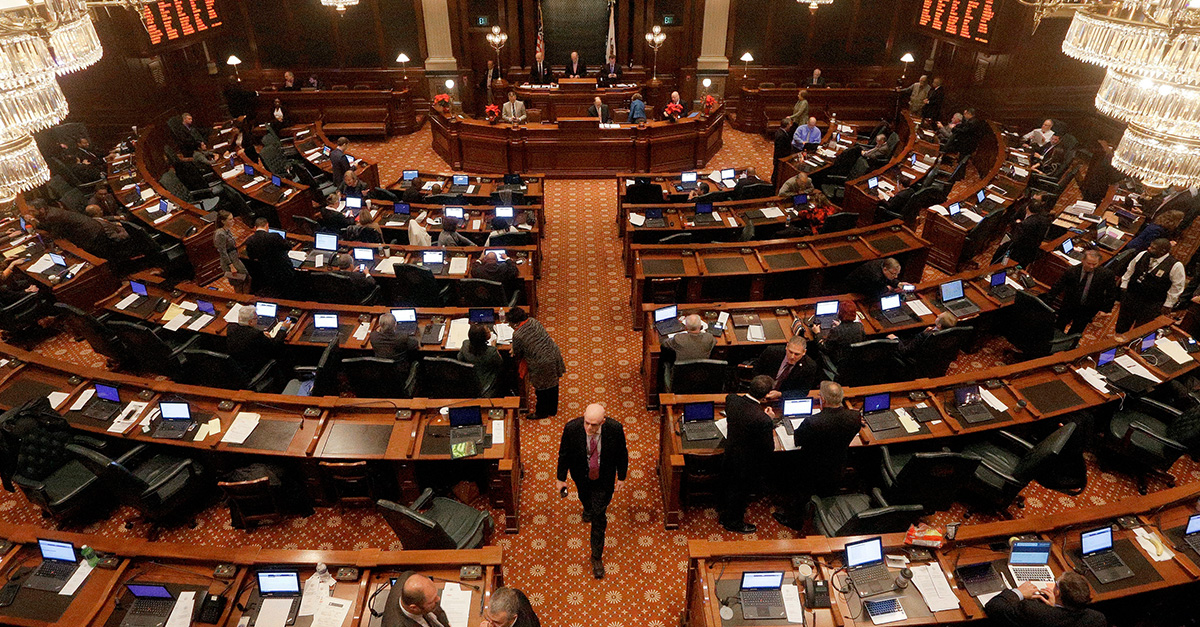 SPRINGFIELD, Ill. (AP) — Illinois has its belated state budget, but the state Capitol’s next flashpoint in the political struggle over finances is about how to fund public education with just weeks before the first day of school.

The spending plan lawmakers enacted this month over Gov. Bruce Rauner’s vetoes ended a two-year state-budget stalemate, the nation’s longest since at least the Great Depression. It includes a $350 million boost for schools.

But it also includes a provision aimed at forcing Rauner’s approval of an altered funding formula that he contends unfairly pushes extra money to the nation’s third-largest school district in Chicago.

Rauner has suggested he will veto that newly devised school funding method, which could leave the state with no plan to allocate general state education aid and jeopardize schools’ opening.

The Republican promised Friday there will be no extended summer vacation.

The dust-up has not gone unnoticed. Moody’s Investors Service noted in a Friday warning about the state’s ability to pay its debts that opening day for impoverished school districts dependent on state aid could be delayed by the legislative maneuver.

“It limits his ability to look at outside reasoning, for outside answers, other than education groups that are controlled by Democrats,” Mitchell said. “The Legislature is supposed to pass their laws and he is supposed to do what he needs to do — balance the budget and balance the needs of the schoolchildren of Illinois.”

The funding overhaul attempts to narrow the largest gap of any state between its most affluent school district and its poorest. The “evidence-based” model would ensure none of the state’s 850 school districts receives less than it got this year, then would steer money to schools based on local property wealth and distinct student-population needs.
School administrators are watching the issue closely.

“This has been passed by the House and by the Senate. It has traction,” said Springfield Superintendent Jennifer Gill, whose district stands to gain $1 million under the plan. “The governor should listen to his legislators who represent their local districts.”

But Rauner objects to specific state-funding allowances for Chicago schools on top of a new requirement that the state pick up the employer’s portion of teacher pensions costs for them — the way it does for every other Illinois district. He calls it a “bailout” for the strapped school system.

The budget language doesn’t specifically mention the legislation that lawmakers approved. It requires the money go to an evidence-based program, which is also the foundation of a rival Republican proposal that remains in the Legislature and was promoted by a commission Rauner put together in 2016 which issued a report last winter.

“There’s no booby trap,” said Homewood Democratic Rep. Will Davis, the legislation’s House sponsor. “It recognizes a direction we all want to go in.”

As Democratic Senate sponsor Andy Manar of Bunker Hill puts it, “Why would we pour $350 million more into … a system characterized as completely broken?”

A veto would force some legislative scrambling. The legislation was approved 60-52 in the House and 35-22 in the Senate, short of the three-fifths majorities necessary to override. But enough GOP lawmakers bucked Rauner to override his budget vetoes.

Rauner can’t do anything until he receives the legislation. Democratic Sen. Donne Trotter of Chicago filed paperwork to stall transmission to the governor in hopes there would be no knee-jerk veto. Trotter said he planned to release the measure by week’s end, but he hadn’t as of Friday.

Asked about the precedent for requiring that money go through a plan that’s not yet part of Illinois law, Trotter said, “These are unprecedented times.”
___
The bill is SB1 .
___
Contact Political Writer John O’Connor at https://twitter.com/apoconnor . His work can be found at https://apnews.com/search/john%20o’connor