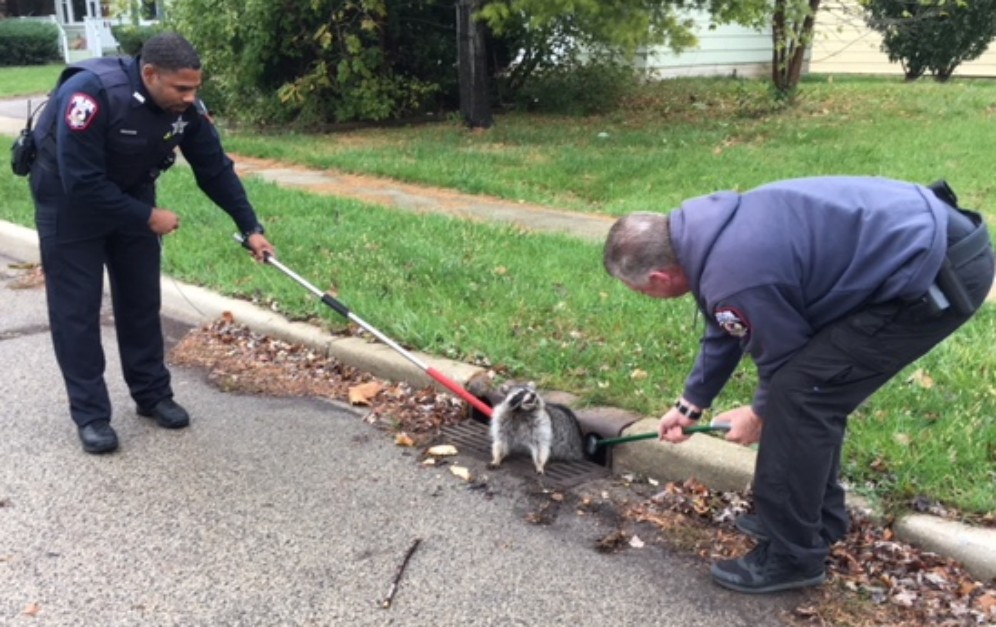 According to an NBC Chicago report – on Thursday, Chicago police in the suburb of Zion was called upon to rescue a raccoon after the lil guy ate so much we wound up getting stuck in a sewer grate – and we have all been there buddy.

Apparently, the little guy was hanging inside the sewer – dining on discarded sewer foods – standard raccoon stuff. But when he tried to climb out – the sewer grate’s mouth was not quite big enough for his newly filled belly.

RELATED: This guy is looking for something behind his truck but doesn?t expect what happens next

Police later found the raccoon stuck halfway out of the grate’s opening, flailing to get free with bits of bread scattered around him. And thanks to the help of Zion Public Works and Animal Control, they broke the big-little guy loose.

In a video of the raccoon rescue, one worker secured the coon as another pulled up the sewer grate. “Fatty!” one of them laughs.

RELATED: A squirrel is still on the loose after a video catches its toilet paper theft

They were able to free him and our friend was no worse for wear,” the police department wrote in a Facebook post. The raccoon scurried back down into the sewer and disappeared, likely off in search of another delicious subterranean snack.

The police department posted pictures of the rescue, ensuring viewers their new friend was free and “no worse for wear”. The raccoon scurried back down into the sewer and disappeared.