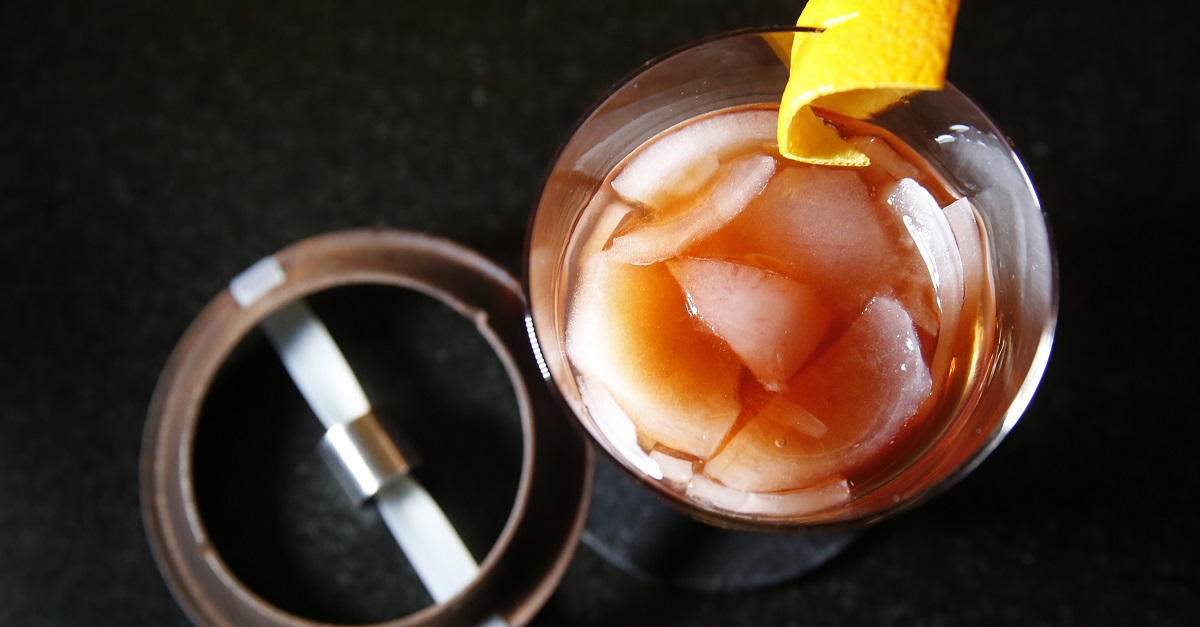 Chicago is known as a drinking town with a nightlife that spans rooftop hotel cocktail hangouts to dingy dives lit only by the Old Style sign hanging outside the window.

The variety of drinking establishments is one of the reasons people enjoy the city, or why some even avoid certain areas at certain times of night (looking at you, Viagra Triangle).

RELATED: Check out this new rooftop bar in the West Loop

While we could spend days arguing over what is the “best” bar in Chicago, for the time being we can defer to the England-based World’s 50 Best Bars which just released their 2017 list.

Sadly, only one Chicago bar made the list but it’s not a surprising choice: The Aviary took #41 in the world. From the same group as acclaimed Grant Achatz-led restaurants like Alinea and Next, the Aviary is the molecular gastronomical equivalent of cocktails.

The bar is situated in the Fulton Market in the West Loop although as the website points out, the Aviary is a “bar without having a bar.” The cocktails aren’t prepared right in front of you as normally in bars, but away in the kitchen, as in a typical restaurant.

World’s 50 Best Bars recommends the drink In The Rocks: whiskey served in a sphere of ice that the server cracks open with a hammer.

In fact, it’s the ice that makes Aviary the destination spot it’s become. “The ice room in the bowels of the building produces 39 types, bespoke moulds and freezers the size of small cars working their slow-cooling magic. The ice is as clear as diamonds and cut on hoists by saws or sculpted by ice pick; its role is not just to cool, but to flavour.”

The lists are devised by drink writers, bartenders, and cocktail aficionados (good work if you can get it), with a total of 505 voters from 55 countries. Each voter gets seven votes and three of those are required to be outside one’s country of residence.

To some, this may be too trendy of a way to get alcohol in your body. Consider Ron Swanson’s reaction on Parks and Recreation; the writers of that episode were no doubt thinking about places like The Aviary when they wrote that scene.

Outside of the top 50, Logan Square’s tiki-themed cocktail bar Lost Lake made the list at #65 this year. The only other Chicago bar to be featured on the list is another Paul McGee cocktail joint, River North’s Three Dots and A Dash made #27 in 2014.

The lists tend to skew to New York and London. So if the people of at the World’s 50 Best Bars need a local guide to expand their Midwest drinking vocabulary, like say an open tab at Billy Sunday or Cindy’s or Scofflaw (the cookies at midnight are free and the first round of draft Malort is on me), we’re always happy to help.