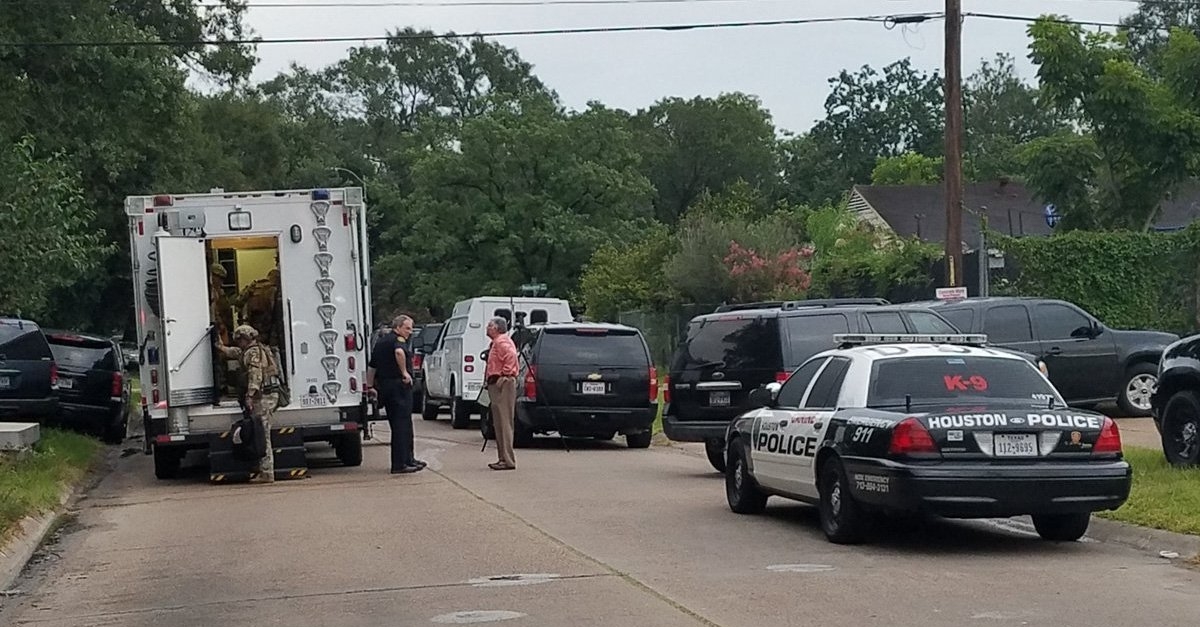 A SWAT standoff in northeast Houston on Wednesday stretched for several hours before police were able to breach the premises. Now a man may face domestic assault charges.

RELATED: Houston woman shoots lover in the groin after she catches him cheating

Early Wednesday afternoon, authorities received a 911 text stating that someone may be injured inside a home in the 11300 block of Raincove Drive. According to the call, the person was barricaded inside the home.

They responded to the call at about 3:15 p.m. and could see the suspect moving around. At one point, police reported seeing the suspect come to a window and shout profanities at them.

1 person was taken into custody after a SWAT standoff in the 11300 block of Raincove Drive in NE Houston https://t.co/6M3k4iWjIQ #kprc2 pic.twitter.com/0iTEGwhBge

Police tried to negotiate with the suspect over several hours, attempting to make contact and resolve the situation. Eventually, police were able to break down the door and enter the home.

The suspect was taken into custody.

Along with the suspect, police found the man’s wife and two children inside the home at the time of the incident. A teenage boy inside the residence was taken to a local hospital, but no other injuries were reported.