An unlikely monument battle is raging in San Antonio, threatening to reshape how Texans remember the Alamo 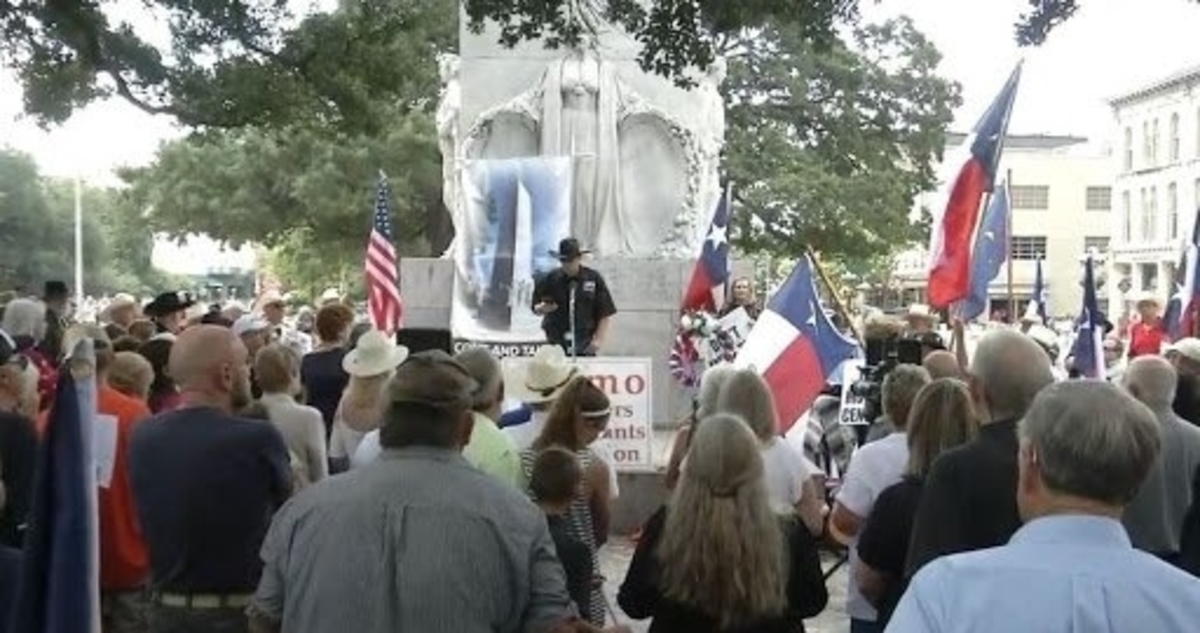 A new battle is raging at the Alamo — between protesters and a master plan committee that is determined to reshape the battle ground to fit their vision.

The popular attraction, situated near the Alamo itself, goes a long way in fulfilling Texans’ promise to “Remember the Alamo!”

However, a committee plans to remove the cenotaph to make the area surrounding the battle ground look more “historic” as it would have appeared at the time of the battle.

Protesters descended on the monument this past Saturday to fight its removal, carrying signs that said “Save the Alamo” and “Don’t move the cenotaph!”

I like the Alamo Cenotaph — hope these protesters win their fight! #Alamo #SanAntonio https://t.co/bb74IzQCc2 pic.twitter.com/mxnxFzUzzC

“I’m a Texan at heart and I think it’s important that it remains where it’s at,” said protester Jaime Mendez.

The committee, made up largely of city leaders, say they would move the monument to a nearby location.

RELATED: Dive into Texas tales with these stories from the Lone Star State

“The Cenotaph is always going to remain,” assistant city manager Lori Houston told My San Antonio. “But no final decision on its location has been made.”

While the master plan committee says they are returning the site to its historic look, they also plan to turn part of the Alamo into a park and museum.