Good news for President George H.W. Bush as he is released from the hospital 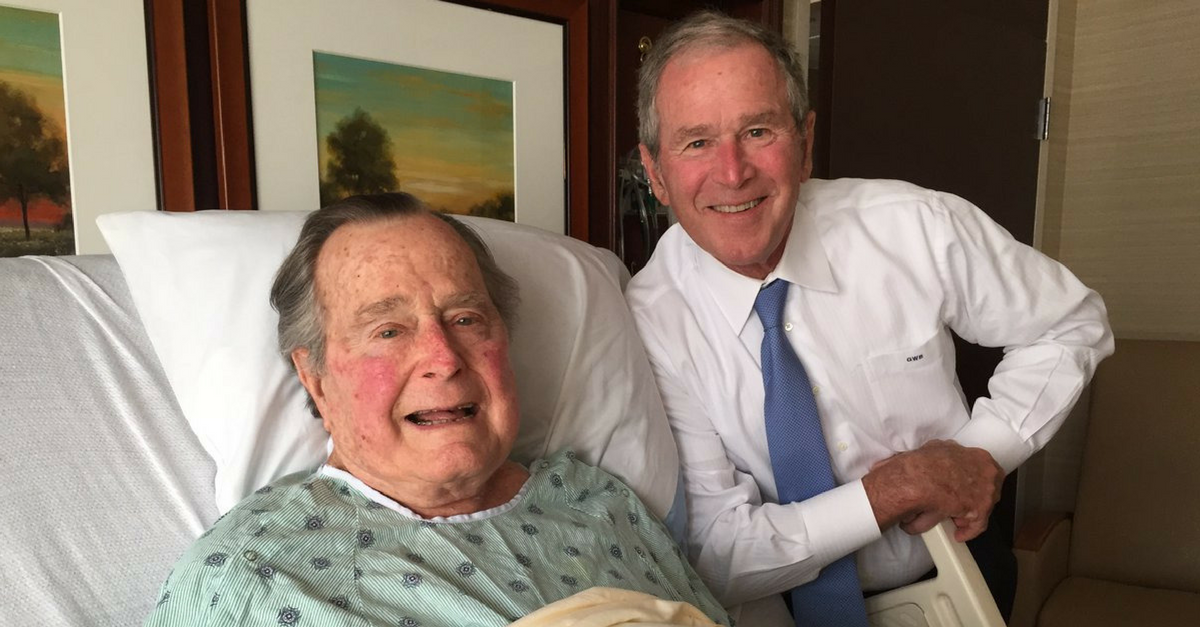 HOUSTON (AP) — Former President George H.W. Bush was released Friday from a Houston hospital where he received treatment for a mild case of pneumonia and chronic bronchitis during a two-week stay.

“President and Mrs. Bush are very pleased to be home spending time with family and friends and grateful for the outstanding care provided by his doctors and nurses,” Bush spokesman Jim McGrath said in a statement.

The 92-year-old Bush had been admitted to Houston Methodist Hospital on April 14 for treatment of a persistent cough. Doctors determined he had pneumonia.

But after the pneumonia was treated, Bush remained hospitalized as he dealt with a case of chronic bronchitis — a constant irritation of the lining of tubes that carry air to one’s lungs. Bush’s doctors said chronic bronchitis is a condition more prevalent with age and can aggravate the symptoms of pneumonia.

Bush will continue receiving treatment for bronchitis at home, but this should not affect the 41st president’s plans to travel to his home in Kennebunkport, Maine, where he and his 91-year-old wife, Barbara, spend their summers, McGrath said in an email. Bush and his wife live in Houston during the winter.

Bush, who served as president from 1989 to 1993, was hospitalized for 16 days in January for pneumonia. During that hospital stay, which included time in intensive care, doctors inserted a breathing tube and connected him to a ventilator.

Bush has a form of Parkinson’s disease and uses a motorized scooter or a wheelchair for mobility. Despite his loss of mobility, Bush celebrated his 90th birthday by making a tandem parachute jump in Kennebunkport. Last summer, Bush led a group of 40 wounded warriors on a fishing trip at the helm of his speedboat, three days after his 92nd birthday celebration. After his release from his hospital stay in January, Bush participated in the coin flip at the Super Bowl in Houston.