Following a second straight World Series implosion from Yu Darvish of the Los Angeles Dodgers early in game 7, the Houston Astros made history with their first series appearance, winning 5-1.

The win is the first in franchise history and comes following a devastating hurricane to the city.

“I always believed that we could make it,” All-Star second baseman Jose Altuve said after the game. “We did this for them.”

George Springer led off the evening with a double against Yu Darvish, and soon it was 2-0. Springer hit his fifth homer — tying the mark set by Reggie Jackson and matched by Chase Utley — when he connected for a record fourth game in a row, making it 5-0 in the second inning.

Altuve, one of four carry-overs from a club that lost an embarrassing 111 times in 2013 after switching from the NL to the AL, and this collection of young stars silenced Dodger Stadium from the get-go.

Normally a starter, Charlie Morton finished up with four stellar innings of relief for the win.

“We held down a really tough lineup,” Morton said. “For my teammates, for the city of Houston, it’s just unbelievable.” 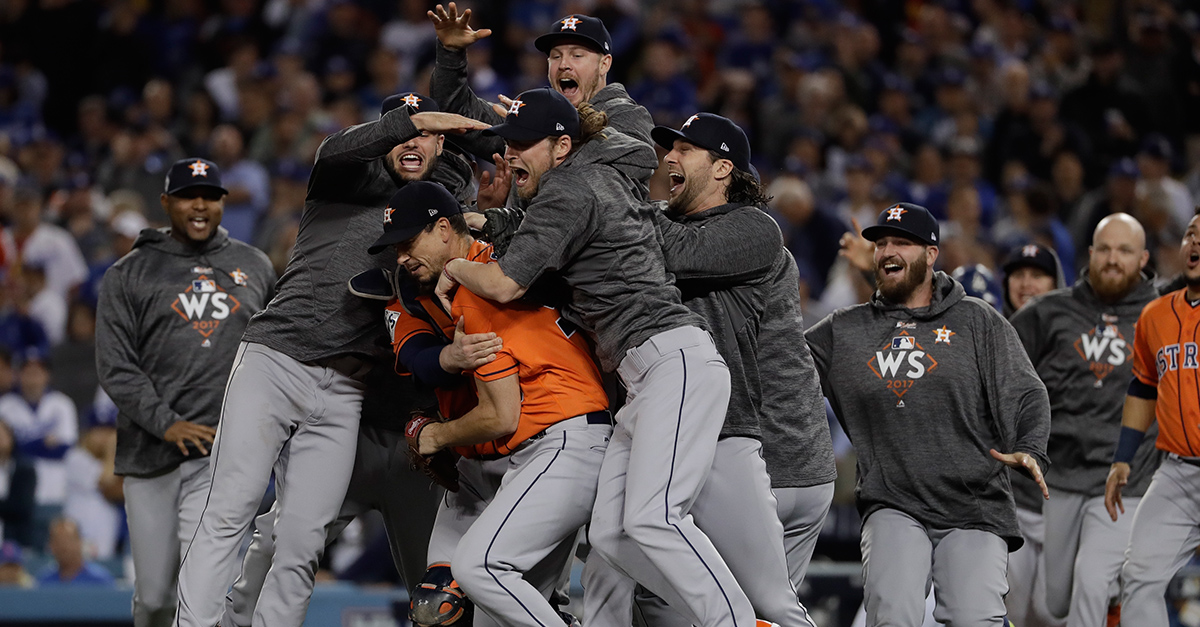