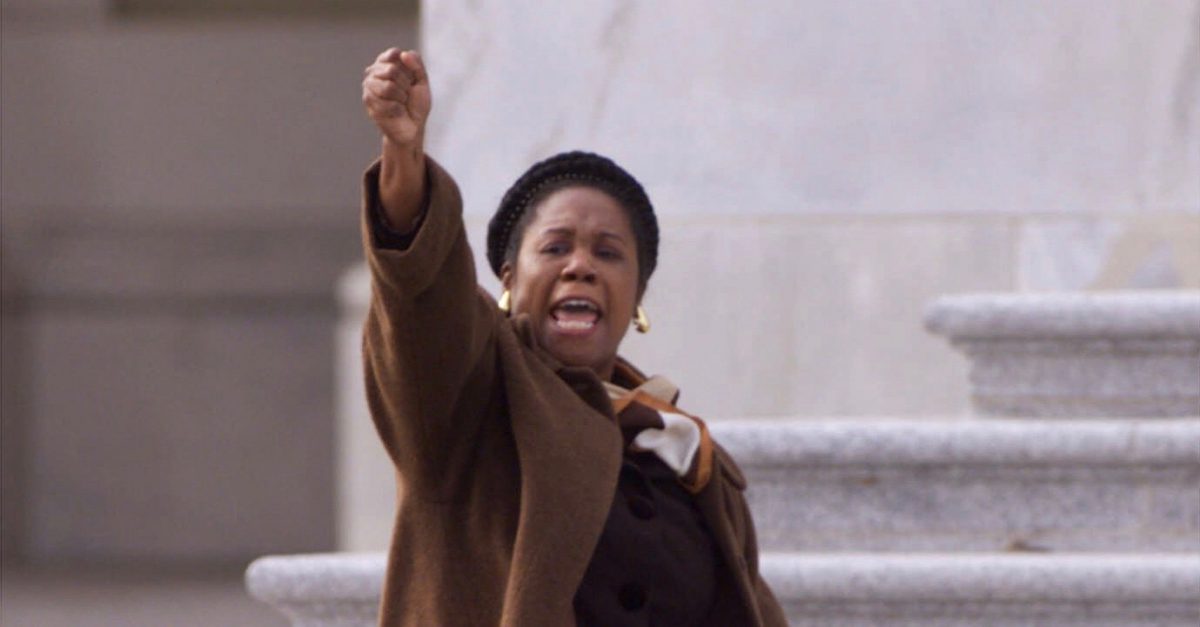 AP Photo/J.Scott Applewhite
House Judiciary Committee member Rep. Sheila Jackson Lee, D-Texas gestures while returning to the House Chamber on Capitol Hill Saturday Dec. 19, 1998 after she and fellow House Democrats walked out of the chamber in protest when Republicans blocked their effort to force a vote on the lesser penalty of censure as an alternative to impeachment. The House later approved two of the four articles of impeachment lodged against President Clinton. (AP Photo/J.Scott Applewhite)

The topic of Donald Trump is hardly limited to lighthearted banter about “The Apprentice” these days.

Since he was voted into the White House, the subject is divisive, and there is a growing movement out of Washington to impeach the nation’s newest President.

Two Houston-area representatives have spoken out in favor of such action, including TX-9 Democrat Al Green, who is calling on voters to organize an impeachment initiatives:

“I am hoping the American people will weigh in,” Green said in an interview. “I reserve the right to bring a resolution of impeachment, but I also think that it’s appropriate to wait to see how leadership will respond.”

Green said he is not planning to file an impeachment resolution directly but maintains serious concerns about the President’s involvement and recent entanglement with Russia:

Jackson Lee already believes President Trump is guilty of violating Section IV of Art. II of the Constitution, which provides that “The President, Vice President and all civil Officers of the United States, shall be removed from Office on Impeachment for, and Conviction of, Treason, Bribery, or other high crimes and misdemeanors.”

“First, he spent five years trying to delegitimize Obama saying he wasn’t born here,” Lee said in an interview. “Now, he lies and says the first black president committed a felony, that he wiretapped him. That he’s just another thug [… ] This isn’t a government right now, it’s feigning to be one and it’s a place of havoc.”

Fellow Texas Democrats, including Valley-area Rep. Henry Cuellar and Dallas-area Rep. Eddie Bernie Johnson have broached on the subject of impeachment, as well.

But Johnson, who reportedly “[thinks] about impeachment every single day,” said, realistically, the Democrats do not have the votes to bring forth an impeachment resolution initiated in Congress.

The American people spoke in November when they elected Donald Trump, but a lot changes in the first 100 days.