RELATED: Tejano superstar Selena to receive star on the Hollywood Walk of Fame

She recreated Selena’s famous plum-colored bell-bottom pantsuit, which the singer wore to her last performance in the Astrodome. The outfit was a popular choice for the late songstress, who had designed it herself.

To get Selena’s signature look, Lovato donned a black wig and perfected her pout.

After Lovato shared photos of her costume on Snapchat, fans couldn’t get enough of her homage to the beloved Selena.

Selena has proven to be a popular Halloween choice this year.

American Ferrera’s character Amy on the show Superstore also dressed up as the late Latina superstar.

America Ferrera as Selena in this week’s Superstore episode is everything. pic.twitter.com/2s76nJeGOW

RELATED: Watch the Selena doodle created by Google to honor her life

The surge in Selena costumes could be because she’s finally getting her star on the Hollywood Walk of Fame. Or maybe we just all secretly want to be her. 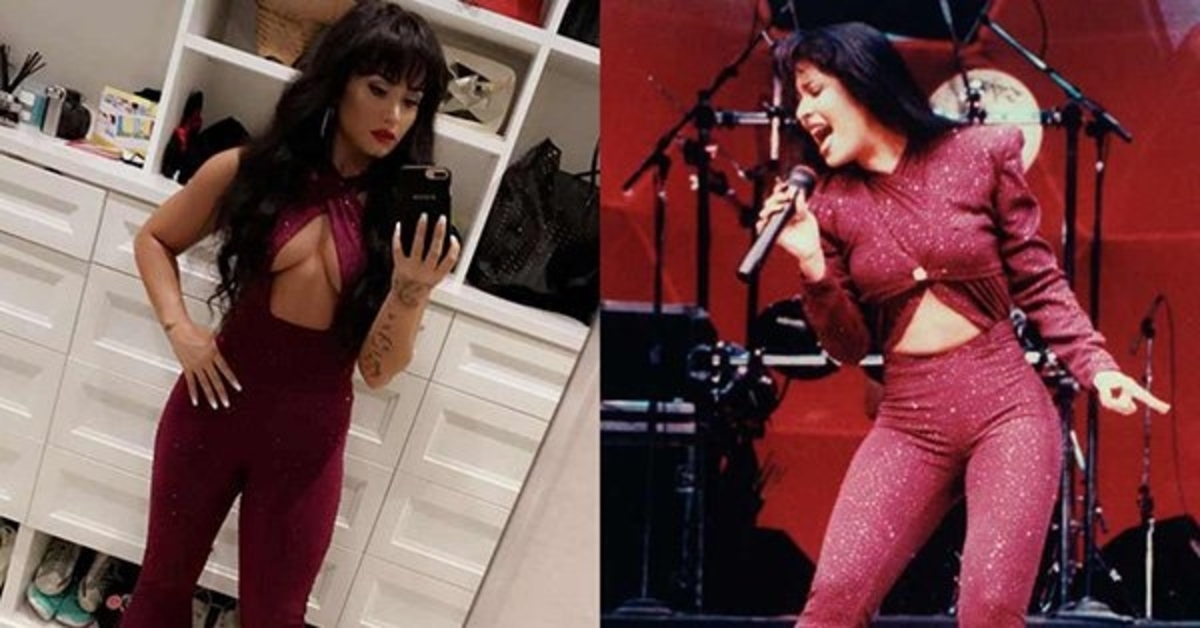