A happy (and walking!) Theodore greets mom Ivanka Trump as she returns from her trip abroad 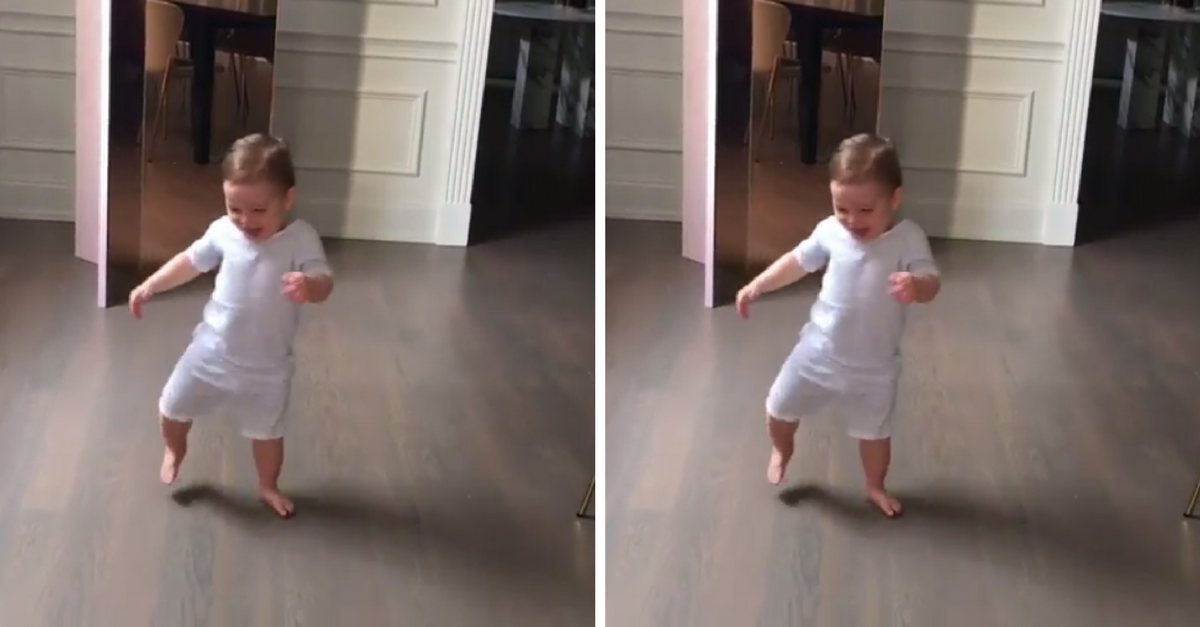 Busy mom and advisor to the president Ivanka Trump returned to Washington, D.C. on Thursday after traveling alongside her father on his first overseas trip as commander-in-chief. When she got back, she was greeted by her adorable one-year-old son Theodore, who was so excited to see her.

“It’s hard to be away… especially when this little dude is waiting for you at home!” Trump captioned a cute video of Theodore walking. “It’s good to be back!”

It's hard to be away… especially when this little dude is waiting for you at home! It's good to be back!

The youngest of Trump’s children just took his first steps last week and is apparently getting quite good at this whole walking thing!

RELATED: Ivanka Trump stunned in an all-black ensemble at the first family’s meeting with Pope Francis

While she was away, Ivanka Trump visited with foreign leaders in Saudi Arabia, Israel, Rome and Vatican City. She documented her travels on social media, sharing photos from meetings she attended and historical landmarks she visited with husband Jared Kushner, President Donald Trump and First Lady Melania Trump.

I am grateful to have experienced a deeply meaningful visit to the holiest site of my faith and to leave a private note of prayer. 📷 Associated Press (AP)

This morning I participated in a powerful and constructive dialogue with an amazing group of Saudi Arabian women leaders. The need to empower and engage women transcends borders and cultures. Whether in the United States or Saudi Arabia, we must recognize that empowering women is key to driving economic transformation. #WomensEconomicEmpowerment #POTUSAbroad

RELATED: And just like that, Ivanka Trump’s youngest baby Theodore has taken his first steps