We all know that famous quote “monkey see, monkey do,” and Dax Shepard learned that truth the hard way.

Shepard appeared on “The Ellen DeGeneres Show” and shared a story about he accidentally taught his 3-year-old to say the f-word. Not only did he teach her to say it, but she also somehow learned to say it in several tenses!

One night as he was tucking the kids, Lincoln, 3, and Delta, 2, into bed, Shepard let a few “m-fers” rip after accidentally smacking the bridge of his nose against his children’s book shelf. Seriously, that photo looked painful!

A few days after the incident, Shepard’s wife, actress Kristen Bell heard a few unsavory words from their young daughter.

RELATED: Watch these Kids steal the spotlight on “The Ellen DeGeneres Show” with their amazing dance moves

“Two days later, Kristen is walking down the hallway and Lincoln was trying to get her sweater off,” Shepard explained. “And, her arms are all bound up in and she’s getting frustrated. And, she goes, ‘Oh fuck!'”

Instead of addressing the naughty word, Shepard and Bell decided to ignore it and hope that by not saying anything, Lincoln will forget about it.

“About five hours later, we were at a pool party and she’s in the pool and I swear to God she goes, ‘This pool is fucking warm,'” he said. “We were like, ‘We are going to ignore it a second time.’ But side note, she’s nailing the syntax.”

“Smart as can be,” DeGeneres laughed.

“We were proud as can be, and she stopped saying it,” Shepard said. 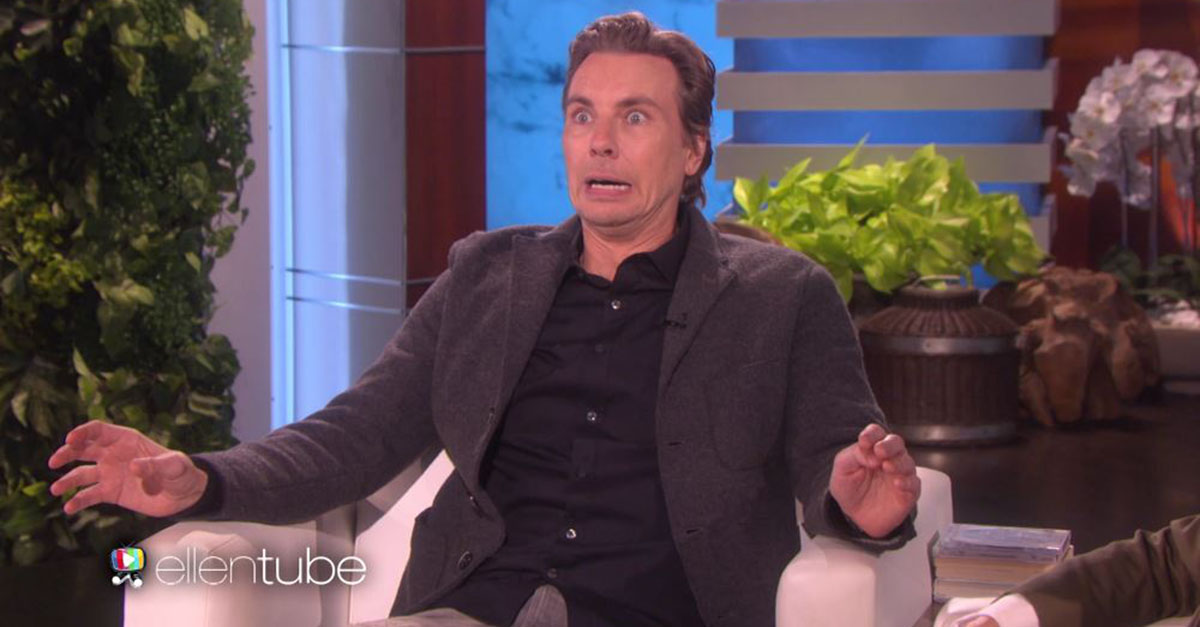