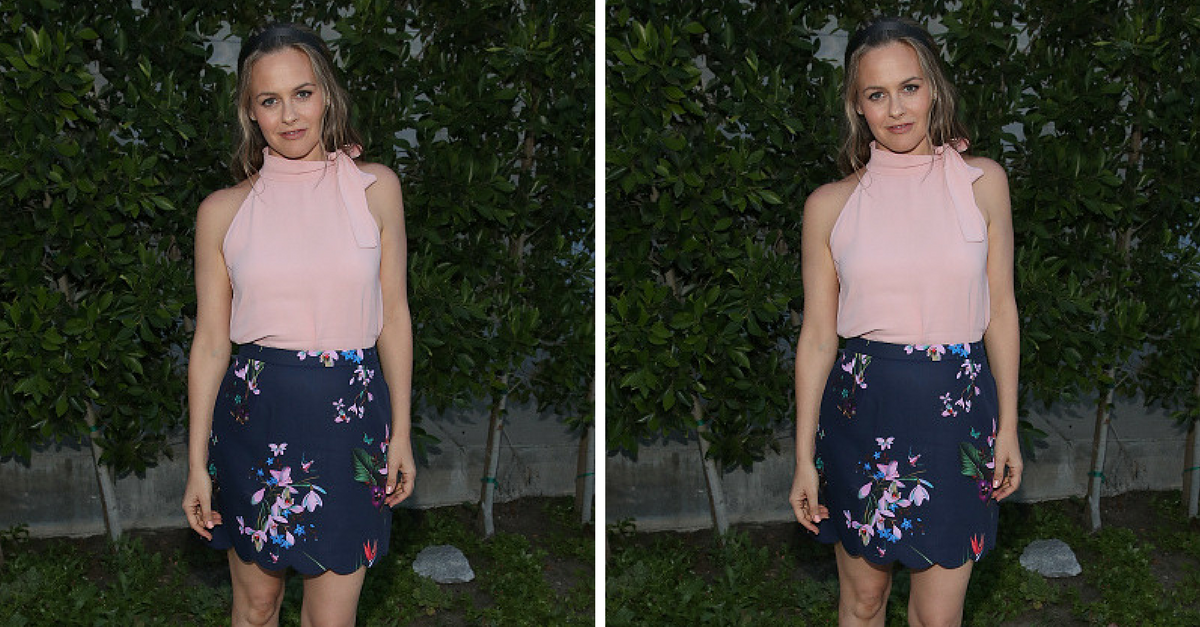 “Clueless” fans attending a screening of the movie on Sunday night at Hollywood Forever Cemetery were in for a treat when the film’s lead actress Alicia Silverstone showed up to watch the classic 1990s flick with them.

The movie was being shown as part of Cinespia, and all of the attendees at the sold-out screening were surprised that Cher herself made an appearance.

“I really love the film and I’m so happy you all do too!” she said before adding in her character’s signature catchphrase, “Whatever!”

RELATED: Newlyweds Pippa Middleton and James Matthews are enjoying their honeymoon in paradise

While she was there, Silverstone also dished on her terrible style growing up, something that definitely set her apart from the trend-setting Cher:

At the time, I had done eight movies back-to-back, and I was a little girl, I was 17, super tired and exhausted, you know a little girl working a lot, and I had one pair of jeans and a green t-shirt that I wore to everything, and that was my uniform. So, I had no style, is what I’m getting at. So, when I showed up to these fittings with Mona May, who is here tonight, the amazing costume designer, I didn’t get it at all and I was like, ‘What is she going on about and why do I have to keep trying all these clothes on?’ and I just didn’t understand until I saw the movie and I realized, ‘Oh my god, the clothes ARE the movie’ and how important that was. And, now, of course, as I’m doing the show, ‘American Woman,’ I’m wearing ’70s costumes every day. and I get how wonderful and important costumes are now, but at the time, being that I had no style, I didn’t get it! So, I wasn’t really a lot like Cher, I didn’t understand the materialism and all that, but I understood the heart, and I really loved the film and I’m so happy you all do too.

RELATED: Pamela Anderson showed up to a Monaco fashion show wearing this, and people flipped out